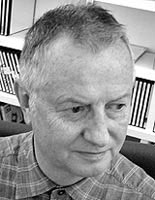 ‘The lessons learned from our experiences are that the days of boutique broadcast design houses could be numbered,’ says Red Pepper managing director Richard Markell.

However, Red Pepper has been approached by two ‘large consultancies’ and hopes to be acquired imminently.

‘Nothing has been signed yet, but it looks promising,’ says Markell.

Markell blames the liquidation on a number of factors, but a major element was that Red Pepper suffered from having only short-term client contracts. He says not knowing when the next project would surface made it difficult to make accurate financial forecasts.

The group attributes the liquidation to bad debt incurred from a client in Portugal, the postponement of a major contract and ‘the general downturn in the broadcast and advertising industries’.

To add to its woes, Red Pepper was burgled recently and had nine Apple G4 computers stolen.

Markell says the nature of small groups is highly variable, as the news of its demise follows one of Red Pepper’s most buoyant financial periods in its history, from August 2000 to January 2001.

However, it subsequently suffered serious cashflow problems. ‘We had to be realistic about our future. Things could have got even worse than they were,’ says Markell.

The proposed acquisition is ‘something we tried to orchestrate about three years ago’, says Markell, but it was not the right time. If it goes ahead, the Red Pepper name will disappear and there will be ‘one or two [staff] casualties’, he adds.

‘Small independent design consultancies will always be vulnerable as they do not have deep pockets to back them up in leaner times,’ says Markell.

Compass shops around for cafés

Priestman might need to get a different DBA idea