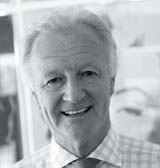 Scandinavian furniture retailer Ilva has ambitions to take the UK market by storm, but do the products have enough flair to stand out? Chief executive Martin Toogood (pictured) shares his ideas with Hannah Booth

If you haven’t yet heard of Ilva, you soon will. In one of the biggest assaults on the UK furniture market for decades, the British-run Danish furniture company is opening its first UK store in May, in Thurrock. Manchester and Gateshead follow this year and Reading next. Within ten years it plans to have 20 UK stores.

As a giant, out-of-town Scandinavian furniture retailer, much, predictably, has been made of Ilva’s similarity to Swedish flatpack giant Ikea, but in reality Ilva is a very different animal.

In March 2003, veteran British furniture retailer Martin Toogood – former chief executive of Habitat and B&Q, and former director of Heal’s – bought Ilva, then a family-run Danish firm, with US private-equity firm Advent International, for €100m (£68m). Toogood’s plan, put simply, was international expansion, primarily British expansion. Ilva had three Danish stores and a fourth – its first outside Denmark – opened last July in Malmo, Sweden. It was a new format, a test bed for the UK stores.

The UK furniture market is ready for Ilva, believes Toogood. It’s fragmented and unconsolidated – the top ten retailers control only 25 per cent of the market. On paper, the plan is simple enough/ fill the gap between Ikea and Heal’s/Habitat with mass-market, stylish and affordable furniture; offer a pleasant, high street-style shopping experience, out-of-town; provide John Lewis-standard service; and deliver within a few working days. ‘Our aim is to sell lots of furniture. We want to take on everyone, DFS, Ikea, MFI, John Lewis, and become a one-stop shop under one roof, covering all tastes. Ilva is complementary to Ikea – it’s where you go after [you’ve grown out of] Ikea,’ Toogood says.

This sounds like good business sense. British consumers may flock to Ikea because it’s cheap, but they don’t enjoy it. If they’ve driven to an out-of-town park, it’s easy to see them being seduced by the Ilva next door, even if it will cost them more. Designed by Danish architect Schmidt Hammer Lassen, the stores will be lit from skywells – a wall of windows spanning the entire store front – plus theatre lighting. Furniture will be laid out in room sets, either side of wide aisles. And signature green glass fibre, at information and pay points, will guide consumers round the store.

But don’t visit Ilva expecting a touch of Danish design flair. In general, the furniture is inoffensive, but unexciting – less inventive than Ikea and considerably more expensive. A few design-led statement pieces catch the eye, such as the low-rise Mactan vine wood chair for £315, a cowhide and leather bar stool for £118 and ‘no-two-are-the-same’ reclaimed teak dining tables for just under £500. But most are unexceptional: ordinary L-shaped sofas in micro-fibre, plain sideboards and overly ornate bedroom furniture. Are consumers seriously going to drive miles for something they can get in Habitat or John Lewis? For the range of choice that Ilva offers – 10 000 items, including over 60 sofas and 40 dining tables – yes, believes Toogood.

The problems lie in Ilva’s approach to design. Based in Denmark, the ‘six- to 12-strong’ design team, led by Hans-Hendrik Hansen, is essentially a group of ‘product developers’, who only put pen to drawing board once key suppliers and buyers have been consulted over what dimensions, finishes and shapes they want to see. It’s a strange approach, particularly given Denmark’s strong design heritage. But Ilva isn’t billing itself as ‘Danish design’, says Toogood. ‘We want to project a Danish design ethic, but not offer something as limiting as “designer Danish”, as that could alienate people,’ he says. ‘We will certainly be less obvious [about our heritage] than Ikea is.’

The danger is, in attempting to cover all tastes, Ilva may end up catering for none. If Ilva learns anything from the ill-fated Marks & Spencer Lifestore (whose site, incidentally, it has acquired in Gateshead), it’s that giant, sparkling furniture stores need decent products – not just quantity. Toogood should easily reach his target of trebling turnover with the first three UK stores – Manchester’s catchment area alone is greater than the whole of Denmark – and has more than enough experience and charisma to make Ilva work. But, unless design plays a greater role in what Ilva is ultimately about – furniture – those 20 stores may remain on the drawing board.

Freelances have less to offer than loyal full-timers