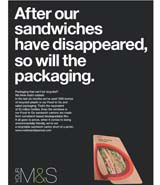 Concern about ethical and health issues, from clothing and food, appears to be forcing retailers to reconsider product, packaging and interior designs, giving rise to a new breed of eco-friendly brand positioning.

Last week, Marks & Spencer launched the first phase of a campaign to highlight its own ethical stance, telling customers about the way its products are sourced and made. As part of the initiative, M&S is introducing Fairtrade cotton across its clothing range, which guarantees farmers a fair and stable price, including a premium for them to invest in long-term farm development, as well as social projects in their local communities.

The potential for the development of this ethical strategy is implicit. M&S could introduce Fairtrade elements across the rest of its collections (such as homeware) or redesign its packaging to include more specific ethical information.

‘This is the first time we are telling our ethical story, and the future plan is to continue to invest in this sort of communication,’ says a spokeswoman for M&S, although she stresses that the strategy will depend on how well the current campaign is received.

According to research undertaken by YouGov for M&S, almost one third of consumers said they would not buy an item of clothing if they were concerned about its origin. Some 78 per cent said they would like to know more about the way clothes are made, including the use of chemicals in manufacturing and the condition of the factories where the items are produced. The report also revealed that 52 per cent of people were more concerned by issues relating to ethical sourcing than they were five years ago.

Chief executive officer and president of Timberland Jeffrey Swartz alludes to this emerging consumer consciousness. ‘[There] is an industry-wide movement towards becoming more aware of what goes into the products we consume,’ he says. Timberland is currently poised to relaunch its footwear packaging in a bid to educate consumers about the product they are purchasing. 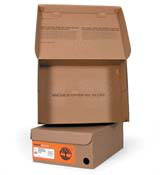 Meanwhile, Pret a Manger is launching biodegradable packaging, and has also drafted in Afroditi Krassa to rework designs across its dessert range, with a more environmentally friendly design (DW 2 February).

Simon Hargraves, commercial director at Pret a Manger, believes it is important to maintain a ‘subtle and matter-of-fact’ approach, when undertaking an ethical retail strategy. ‘I suppose we think our customers expect us to cover ethical and eco issues automatically, rather than make a big deal about it,’ he adds.

The launch of Bono’s Red brand last month – set up to raise money to fight Aids in Africa – was met with the typical media flurry surrounding the U2 frontman. American Express, Gap and Converse are all backing the project. As more companies, in general, piggy-pack the emerging trend for ethical retailing, the opportunities for new designs will, no doubt, be widespread.

• 35 per cent are most worried about reduced salt, 28 per cent with GM free foods

Freelances have less to offer than loyal full-timers