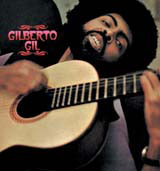 Tropicália was, in a way, Brazil’s version of the Swinging Sixties, but with more of a political agenda. As with most things Brazilian, the movement had its origins in music and, in particular, the music of – among others – the great Gilberto Gil. To get in the mood, I suggest you visit http://uncpress.unc.edu/tropicalia/, where you can listen to key songs of the time absolutely free. However, the exhibition is not only about the music. There are lots of visual artistic, graphic and fashion treats from the period that demonstrate that Brazil in the 1960s was every bit as experimental and cool as London. As here, the main influences came from the streets rather than from the cultural elite. If you have seen the film City of God, you will understand something of the energy that is generated in the favelas; when this spills into creativity, the results are always going to be revolutionary. Tropicália shook the world established by the keepers of good taste. As Caetano Veloso, a musician associated with the movement, observed, referencing such camp icons such as Carmen Miranda in song ‘was like Andy Warhol putting the Campbell soup can in his painting’. So I, for one, will be trotting down to the Barbican to immerse myself in a 1960s Brazilian time warp.

Graham McCallum is a director of Kemistry

Tropicália: A Revolution in Brazilian Culture, an exhibition and music festival runs from 13 February to 22 May at the Barbican, London EC2. For more information see www.barbican.org.uk

Design Museum to be independent of London centre