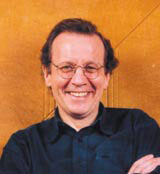 The launch of the ‘form of appointment’ for interior design services last week (DW 2 June) may not have been the stuff of broadsheet headlines, but in the life of the built environment professions it was a significant event.

Its importance does not lie so much in the content – although this should be seen as an essential tool for anyone: architect, interior designer or significant other involved in interior design – but in the fact that this was a successful joint venture between two professional organisations that had never knowingly collaborated before.

It might be said that architects and interior designers/decorators have often enjoyed a rather uneasy relationship. I am delighted that this contract defines the difference between a ‘designer’ and a ‘decorator’ and that the British Interior Design Association, while representing a broad band, distinguishes between the two while recognising the value of both. BIDA is doing a great job in lifting professional standards and bringing ‘discipline to the discipline’ in the form of Continuing Professional Development – over which we shall increasingly co-operate – as well as encouraging professional indemnity insurance, and, of course, the use of formal contracts.

When I took on this job nearly two years ago I was determined to break down barriers in the professions and called for a greater willingness for alliances across the built environment professions and all those involved in place making, urbanism and the making of community. This straddles the physical to the psychological, the exterior to the interior, and much between. I have said that we should think of the Royal Institute of British Architects as the ‘Royal Institute Beyond Architecture’ – reaching out to those we need to work with rather than against them, to create much more than buildings – environments that delight the senses, but also address such vital issues as neighbourhood and climate change. I am trying to avoid that all-pervasive word, sustainable, but this means us all understanding the environmental effect of all that we do, from the selection of a site, to the form of building and the use of materials.

So we may be having a happy flirtation with interior designers – which has the noticeable effect of leavening the mix when they grace the portals of our HQ – but we are also cementing links between technologists and landscape architects, having recently signed accords with both their institutes, and are making moves towards planners, engineers, transport consultants – the authors of ‘moving architecture’ – and contractors and developers. These are all people with whom we should be sharing learning and practice if we are to live up to the promise of delivering a better built environment.

There are many others with whom we should also ‘cross dress’ including artists, sociologists and economists. This is in no way a takeover bid, but we have for too long operated in our relatively protected cells and the more cross fertilisation in the form of affiliate membership and shared CPD that we can enjoy, the better.

What I believe we can all share is a determination to fight for good practice. We should, whatever our backgrounds, be driven by the desire to leave a beautiful built legacy. We should be intolerant of the bad and mediocre and should drive those who let us down to raise their standards or quit. The environments in which we live, work, learn and play – and in which we are born, cured or die – are far too important to be left to those who have no real discipline or profession, who inflict their work on all of us.

Amateurism may be a great British trait, but it is not appropriate for the creation of our permanent surroundings, which should be inspirational. The quality of our buildings has a profound effect on our mood and behaviour. We owe it to our children to leave our surroundings better than we found them. I fear we have done the reverse over the past 50 years – especially in the form of that monoculture, the great, car-dependent British housing estate.

So the launch of a new contract may be just that – but behind it is a desire to make a quantum leap in education and practice and to realise that generosity of spirit nearly always produces better results than mean-minded protectionism.

George Ferguson is president of the Royal Institute of British Architects

â€¢ The next step is to develop joint continuing professional development services, to share information on such issues as professional indemnity insurance, to encourage affiliate membership of each others’ organisations and to party, says Ferguson.

Showing some respect for animals