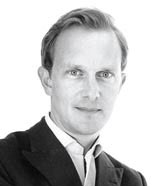 A damning report into the state of Britain’s high streets identifies 42 per cent of UK towns as ‘clone towns’, adding fuel to the fire over so-called ‘identikit’ retail branding.

A further 26 per cent of city centres were identified as being close to becoming clone towns, according to the report by independent think tank the New Economics Foundation. The findings, unveiled this week, list the towns concerned, with Exeter described as the ‘worst’.

The report calls for a moratorium on further takeovers of existing retail chains in the supermarket or convenience store sector. It also wants the Competition Commission to force retailers to limit their assets to an 8 per cent share of the market.

‘There is a local economic and cultural impact of clone towns, but the aesthetic is also important; most high streets are becoming bland and boring,’ says a spokeswoman for NEF.

The organisation is currently working on a policy document advising on how retailers should position and present themselves in historic areas.