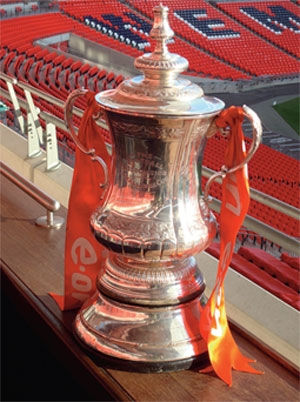 The FA Cup is set to be rebranded by consultancy Design Room Sport, which has worked with the Football Association’s in-house design team. The new identity for the FA Cup the oldest football competition in the world is set to be unveiled on 16 June.

The FA Cup is currently sponsored by energy company Eon, but the sponsorship deal expires this year. It has been reported that beer brand Budweiser is set to be unveiled as the new sponsor and it is understood that the change of sponsor has prompted this latest rebrand.

Billy Johnson, head of design at the FA, says, ’We’ve worked to align [the FA Cup] with the new sponsor and looked carefully at their priorities.’

The current identity features the FA Cup and Eon brands on either side of an outline of the trophy.

Both Design Room Sport and the FA design team say the new identity will also feature the trophy as part of the identity. Johnson says ’a wider secondary brand world will be built around the mark’. He adds that the new identity ’may use ribbons to signify a journey’.

Creative director of Design Room Sport Tim Fox formerly worked within the FA design team before leaving to set up his own consultancy in 2009.

Fox says the consultancy was approached directly to be brought into this project. Design Room Sport has previously worked on a series of other FA briefs, including national football tournament the FA Umbro Fives and what Fox calls ’a behind-the-scenes England fan project’ that hasn’t yet been brought to bear.

Making space for a unique experience