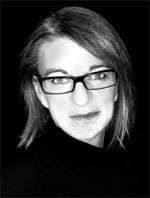 The word ’museum’ does not always conjure up thoughts of flights of fancy, indulgent entertainment and inspirational use of space. Contrary to first impressions though, museums and galleries are leading a revolution in design that many retailers should be looking closely at, especially those wishing to reinvent their brand and maximise their space for a myriad of uses. From the Natural History Museum in London to the Skyscraper Museum in New York, institutions are using space to create unique experiences that blur the lines between retail and leisure, while at the same time highlighting a product offering or putting it in a new light.

Artist Franz West, currently exhibiting at the Gagosian Gallery in Athens, notes, ’It doesn’t matter what art looks like, but how it’s used.’ You could argue the same is true for spaces, be they cultural or retail. Increasingly, the line between the two is blurring.

The Natural History Museum in London has for a while now been hosting late-night Fridays once a month. The main atrium is given over to tables and chairs, where alcohol flows while jazz musicians strum away in the alcoves. The skeletal diplodocus that rests in the centre must think it’s strayed into Ronnie Scott’s. It’s about dialectically challenging the way spaces are perceived, overturning conventional wisdom to give it new meaning. It attracts a different crowd and makes the location a destination, a social space.

Similarly, in Ireland, one of Cork airport’s disused terminals was recently converted into a temporary art space. We don’t usually think of an airport as a go-to destination for cultural stimulation, which makes the idea all the more attractive. In Amsterdam, the Rijksmuseum has partnered with the city’s airport to make the world’s first permanent museum inside an airport terminal, housing ten permanent pieces as well as temporary exhibitions. This is, of course, an inspired idea. Not only do you have a monopoly on cultural activity unless you count plane-spotting in a massive space, you also have a huge captive audience in a high-traffic area who are otherwise starved of things to do. The Guggenheim’s space in New York could hardly be called mundane, but it was still given a twist a couple of years ago when Carsten Holler’s Revolving Hotel Room was installed, allowing people (those who thought it was worth $549 [£333] a night) to sleep on the sixth floor and wander the gallery to their heart’s content. Again this turns thoughts of hushed tones in a museum into a living social space.

The idea of an agora in the retail space is also being trialled in Topman. Last month, the store unveiled a new leisure and personal shopping space in the heart of its Oxford Street store in London, Xbox optional. Not only does this encourage dwell time all time spent in-store is good it helps promote engagement and affinity for the brand too. It also has the effect of making the shopper feel like their needs and wants are being considered.

Meanwhile, the German supermarket Edeka has developed a convenience store format that is targeted toward the elderly, with magnifying glasses positioned next to prices, wider aisles and places to rest. This concept of an area for people to commune can also be applied to sites like Westfield; disparate offerings that can be connected through use of common space. It would be useful to borrow inspiration from the likes of the Natural History Museum, as well as Bicester Village, which recently used empty stores to host a British Designers Collective area, with avant-garde clothing and accessories. Like Cork airport, this speaks to the increasing über-flexibility of spaces.

Hotel chain Marriott is leveraging the opening of its grand St Pancras Renaissance Hotel in London by operating paid-for tours of the magnificent Victorian edifice. By charging for something that would usually be considered free, they turn the hotel and its environs into an event-driven space, creating footfall through spectacle. Wandering around the nooks and crannies of such a hotel is an architectural and historical delight; the experience ingrained is such that it would make brand ambassadors of any person visiting. The lobby, much like the Hilton’s recent announcement of a global refit, focuses more on an communal setting, rather than just a place to check in.

Social space will be just as important and just as enjoyable at New York’s Whitney Museum’s new dining area, Untitled, its design is in keeping with the Whitney’s Marcel Breuer-designed uptown home, itself a daring and innovative place that has come to be regarded as one of New York’s most notable buildings and identified with the Whitney’s approach to art.

What brings all these places together is a dedicated theme of curating spaces that can allow for work, socialising, sleep and enlightenment. In short, space to live, in its truest sense, that is not restricted to specific design ideals.

Julie Oxberry is managing director and founding partner of Household