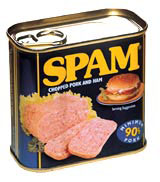 In the days when women had big, stiff bouffant hairdos, Harmony Hairspray was essential. It took pride of place on my mother’s dressing table and was stashed in her handbag when she went out for chicken in a basket at the local pub on a Saturday night. But Harmony’s days were numbered when my mother, like thousands of other British women, opted for a softer, simpler, no-nonsense haircut.

Not surprisingly, Harmony Hairspray has been in decline for years and has languished in Unilever’s portfolio with little marketing support. But now it is being relaunched by EMVI, a company dedicated to buying up established, but flagging brands. Chief executive Mike Jatania, who bought Harmony from Unilever last year, says that he will use the brand name as an umbrella for a much broader range of products. He says there is still brand recognition and that the Harmony name will be used on skin care products, fragrances and cosmetics.

Siebert Head was brought in to turn Harmony Hairspray’s fortunes around. The brand has undergone a “radical redesign”, says consultancy creative director Keren House, and will now appeal to a younger audience.

EMVI has also bought Once and Precision Styling from Henkel Schwarzkopf and plans to relaunch them with new packaging and the brands’ first advertising support in a decade.

If Jatania wants any more ailing brands to rejuvenate he will have plenty of choice, because multinationals such as Procter & Gamble, NestlÃ© and Diageo are quietly killing off moribund brands or putting them up for sale.

Unilever has announced that it is cutting its range of brands from about 1600 down to just 400. It is estimated that around 90 per cent of its profits come from just 20 per cent of its brands. The surviving 400 will include worldwide names such as Magnum and Cornetto ice creams, Dove and Calvin Klein, as well as strong local “jewels” such as Persil and Oxo. The one thing they all have in common is that they are number one or number two in their markets. The remainder will be sold off or culled.

It doesn’t necessarily mean that these 800 or so brands are no good (although there will inevitably be some which are no longer relevant to consumers in the 21st century). Pears soap, Findus frozen foods and Cinzano still have loyal consumers, but the multinationals are looking for economies of scale and ways to simplify the production process. They also want to concentrate marketing spend on core, rather than marginal products.

Heinz has also looked at its portfolio of brands and recently announced that it would cease production of its Salad Cream. The British, the company said, no longer wanted to pour the sweet gloopy concoction over their lettuce, they wanted mayonnaise or olive oil drizzled over their lollo rosso. But following a campaign by the Daily Mail and the great and the good (well, ZoÃ« Ball, Carol Vorderman and Roy Hattersley), Heinz has bowed to public pressure and has announced that it will keep the brand on.

“Heinz Salad Cream was under review and has now been reprieved. It is here to stay but how we are going to move it forward is still under discussion,” says a company spokesman.

Not all brands will be so lucky. David Goudge of the Brand Development Business says, “A lot of the brands which are up for sale or being killed off are actually pretty good. If their owners were launching them now they would be incredibly pleased with their performance. But they just don’t have the scale that the big global players are looking for.”

As a result, new companies are being formed to buy brands which don’t fit this model. In the US, Aurora Brands has snapped up Log Cabin Syrup from Philip Morris’s Kraft, and Thomas H Lee has bought Playtex and Snapple – which it then sold on at considerable profit to Quaker.

“Some of them have got themselves a nice little business going. Seton Scholl, for example, has mopped up brands like Resolve – the hangover treatment – and are doing pretty well,” says Goudge.

And Marcus Mitchell, head of marketing at branding consultancy CLK, adds, “Multinationals don’t want to sustain brands that aren’t top of their category. But if a brand is number two it can be a good opportunity for a smaller player who isn’t looking for global scale.”

But buying up established brands or even injecting new life into neglected products in a company’s portfolio is a risky business. For a start, marketing costs are high – usually 15 to 30 per cent of the retail price, and it is increasingly difficult to get space on supermarket shelves.

Relaunches are often disappointing. Remember the fanfare when Babycham, the favourite tipple of teenage babysitters, was revamped? In 1993, the “Bambi” character on the front was killed off and replaced with a stylish blue bottle created by Coley Porter Bell. An advertising campaign was developed by Bartle Bogle Hegarty featuring ultra hip fashionistas in a nightclub, but neither managed to persuade hordes of new consumers that Babycham was the drink for them.

Spam has had numerous makeovers, but has never managed to shake off its associations with war time austerity and Monty Python, despite the best efforts of its owner. And in the US, Campbell’s has redesigned its iconic soup tin and has run extensive advertising but it has had little impact. Consumers just aren’t that interested in condensed soup anymore.

“If you are revamping a flagging brand then it has got to have relevance to consumers. It doesn’t matter if it has got great new packaging or high profile advertising. If it’s not relevant to the way that consumers lead their lives then they won’t buy it,” says Goudge.

He adds that, while a redesign can freshen a brand and perhaps encourage consumers to look at it in a new light, it takes strategic thinking to really turn a brand around. “Design can help but if a brand is really flagging it will take more than that to revive it. You have to look at the fundamental reasons why a brand isn’t doing well in the first place.”

Lucozade is a classic case in point. For years, the brand, with its crinkly orange cellophane wrapping, was limited to the sick room. To kids it tasted great but you could only have it if you were really ill. “Somebody had the great idea of turning the brand on its head and moving it from a brand for the ill, to an energy-boosting drink for the very well. It was a simple, but brilliant idea,” says Jez Frampton, a director at Interbrand Newell and Sorrell.

Tango was also successfully relaunched. It had been flagging badly until Britvic decided to invest some money in it and come up with a packaging and advertising campaign which reflected the brand’s inherent value as an explosive fizzy orange drink.

Frampton says that there are plenty of other brands which could do with a new strategy, among them the football game Subbuteo, which its makers have threatened to kill off.

“It’s a brand that is in a strange position. Kids don’t really want to play it because they want to play football on computers where every player is David Beckham, but men in their 30s who grew up with it love it, because it’s all about nostalgia and the excitement of football,” he says.

He says that Subbuteo has a number of options. It could either get into bed with a computer games manufacturer to provide kids with what they want, or turn the brand into a cult via the Internet.

“Lux is another example,” he says. The brand, which is associated with hand-washing woolly jumpers has another quite unexpected use. “Like a lot of people, I’ve got wooden floors in my house and I asked how I should look after them. The answer is Lux Flakes – they could sell shed loads of it if they marketed it as a floor cleaner,” he says.

While design has a role to play in revitalising flagging brands, Frampton says, “I think you can express a great idea through design, but it really has to go further than that. You have to have the strategy, advertising, promotion and everything else and it has to be relevant to consumers because otherwise they simply won’t buy it.”

What can we do to prevent more failures for the Dome?

Newspaper of the Year moves with The Times

Take the bull by the horns