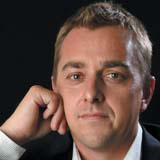 The design industry broadly welcomed the appointment of Manchester-born Alastair Curtis (pictured) as Nokia’s new global head of design this week. Curtis replaces the American Frank Nuovo, who is leaving Nokia to ‘pursue his own design interests’, after more than a decade in the role.

A management initiative to realign the business into a ‘single company-wide design organisation’, will see the implementation of a simpler organisational structure. Nokia’s design teams in Finland, the UK, the US, China and Japan will all report into a single design unit for the first time, based in Finland and headed by Curtis. His previous role as head of design at Nokia mobile phones business group remains vacant, says a spokeswoman for the business. Curtis, currently on holiday, will take the helm from 1 April.

‘This is a smart move for Nokia and a good chance for them to redefine their phones and approach to design,’ says former manager of Samsung Design Europe Mark Delaney, now a director of Plan.

Nuovo will continue to work for Nokia in a consultancy role and will remain principal designer for Vertu, Nokia’s luxury brand.

UK-based designer Bill Sermon will continue in his role as Nokia group design director and no other senior design positions are affected, confirms a spokeswoman from Nokia’s Finland headquarters.