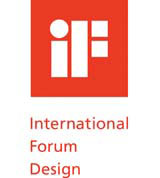 As Germany’s International Forum Design announces the winners of its annual product design awards this week, the jury has lashed out at what it sees as the growing trend towards marketing-led design and is calling for a return to ‘design expertise’.

The iF product design award competition, which has been running for more than 50 years, received record entry results across its two award divisions for product design and student concept product design, but the jury, chaired by Fritz Frenkler, managing director of consultancy F/P Design, criticised the increasing amount of design work that is being influenced by marketing, simultaneously calling on clients to think more about purposeful design.

‘It would be a good thing for design to reclaim its actual area of expertise. Increasingly, marketing is taking over from design and calling the shots. This will be the downfall of enterprises,’ Frenkler explains. The jury also pleaded with students to create more products with ‘their heads’, instead of relying on computers.

In spite of these criticisms, the iF maintains that the quality of entries was high and revealed an emerging trend for products that are constructed for comfort, which use a clean and clear design, according to a spokeswoman.

Up to 1952 products from 37 countries were submitted for the product design award, across 12 different categories, including lighting, medicine, packaging, public design, transportation and telecommunication design. Some 688 products received an iF seal of design excellence, with a further 50 commended with an iF Gold award. The full line-up of winners will be announced at an award ceremony held today at the organisation’s headquarters in Hanover. Entries were submitted from the likes of Sony, Apple Computer, IBM, Braun, Porsche Design, Hitachi and Toshiba.

The student award for best concept product (which is sponsored by Dyson) received 639 submissions from students in 33 countries. Twenty students are being awarded a share of a €10 000 (£7000) cash prize. The winners include Stuart Wood of the UK, for his product invention, a ‘paint’ roller that applies pixels, and Martin Postler, also from the UK, who designed a mobile interactive robot system.

In total, UK design consultancies walked away from Hanover with five awards. The Welsh design team at the National Centre for Product Design & Development Research, based at the University of Wales Institute, Cardiff, scooped its first gong for a medical waste bin design, dubbed Smart Sharps, which is currently being trialled by the NHS (pictured). The product is manufactured by Indigo and is used for the disposal of sharp medical items, such as razors, needles and scalpels.

‘The previous bin designs were not so effective. They also weren’t recyclable; the bins were incinerated when full. Now, when full, the bin is cleaned and returned. This is better for the environment and helps cut costs of ownership,’ explains Jarred Evans, commercial director at PDR.

The iF runs five independent design competitions, including a communication design award, which is currently open to submissions. Entries must be received by 14 April.

The iF was established in 1953 to promote industrial design.

• iF 2006 product awards include five UK winners in total and clients, such as/ Sony, Apple Computer, IBM, Braun, Porsche Design, Hitachi and Toshiba

• Call for ‘design expertise’, rather than marketing-led design