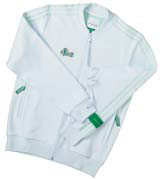 Graphic design supremo Peter Saville is in what appears to be a very enviable position. Everyone’s after him, it seems: some companies want a little bit of his kudos, others his creative thinking and some, although surprisingly not all, would like him to design something.

Last week, Graham Fink, M&C Saatchi’s executive creative director, announced that he has hired Saville to shake things up at the advertising agency by invigorating the ‘tired’ team format of art director and copywriter (DW 2 March). For an agency that itself purports to be a creative hot-bed, the desire for Saville’s guidance speaks volumes of his high standing as a creative steer.

The appointment to M&C is the latest in a list of tie-ups for Saville, many of which involve little or no design work. These include the consultant creative director role to Manchester City Council and creative consultant to Danish soft furnishings design company Kvadrat. He has also recently collaborated in a more direct design capacity with Adidas on its forthcoming Adicolor range (pictured above).

Although it is not surprising that someone of Saville’s pedigree is keenly sought by businesses that need to sharpen their creative edge, his determination to try to remain independent of the machine is perhaps more remarkable. ‘I don’t do any graphic design work now and I have no desire to,’ he says. ‘The mainstay of my practice is to do things from my own point of view. If this can constitute the response I make [to a project] than I can do it. If it is contradictory to what is required, then I can’t do it.’

‘I’m in this position because I no longer have the burden of a consultancy and because my initial work reached many young people at a formative stage in their lives in the powerful package of pop music. So I am now widely known to a cross-section of people, who are now grown up,’ he adds.

The adoption of Saville’s strategic, rather than design, input comes as the creative industries continue to move up the Government’s policy agenda. There is a concerted drive to promote the role that designers can play in developing successful businesses. In this climate, it is hoped that more designers will be given high-profile strategic and consultancy positions in UK business and public organisations, especially at a boardroom level.

Seymour Powell partner Richard Seymour has taken such a strategic role at Unilever, acting as a creative director on a global basis for the Dove brand (DW 3 March 2005). Seymour also sees the benefits of entering an organisation at a level above the design implementation stage. ‘Normally, design groups are operating at a much lower level. But design is actually a top-level issue. Typical product and automotive companies understand that, but not fmcg companies,’ he says.

Seymour notes that the advertising industry has been effective over the past 20 to 30 years at penetrating organisations to become strategic partners, forging very close alliances with clients. ‘We have been less good at this in design. At Unilever, I am passionately pursuing and proselytising design as a strategic tool. I have been finding out how to rewire the corporate process.’

In a similar way, Saville is now largely a thoughts and guidance man. And perhaps it is his staunch adherence to ‘his own point of view’ that attracts other organisations. As Fink says, Saville’s ability to ‘cut through all the crap and make a powerful and lasting impression on a punter is gold-dust’, although he is referring primarily to the designer’s visual work. 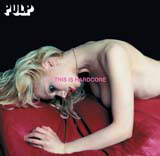 Given Saville’s revered back-catalogue of graphic design, the fact that he does not intend to produce any creative work for M&C Saatchi is intriguing. He says he will simply drop in to the agency on an ‘infrequent basis’ and give his view on what they are doing; it is not a ‘job’, he insists. Similarly intriguing is that the conclusion over the visual manifestation of Manchester is to create nothing. To coin a phrase/ no logo; not even a strapline.

‘People often ask, “Why not create a logo and strapline for Manchester?” I don’t see the point of it all. The very presence of a strapline indicates a failure of some sort. If you’ve got a slogan, it suggests you need one and if you need one, it says you’ve got a problem,’ says Saville.

Instead, the approach is purely strategic, asking questions about the offer of the Manchester ‘brand’ in the 21st century. The current strategy stems from the notion of Manchester as the ‘original modern city’, but this is a sentiment, not a strapline. Saville is now in consultation with a range of organisations to ‘inculcate’ the values of this ‘original and contemporary’ thinking into the various activities of the city.

Perhaps more organisations are seeing the benefits of adopting such creative, independent and strategic advisors to help develop their activities. And if at the heart of design lies the desire to make lives better through function and aesthetic, the design industry is arguably well placed to feed prominent strategic thinkers into the core of UK business and culture.

• Founding partner of Factory Records in 1979, with Tony Wilson and Alan Erasmus