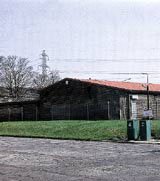 Five architecturally-challenged village halls are the setting for a roadshow touring the north-west of England in a converted Luton van. Organised by the All Horizons Club, the roadshow will ostensibly question ‘national identity, modernity and citizenship’, but is really a showcase for the most bizarre bunch of artists since The League of Gentlemen: a steam-powered computer, a novella whose plot reads like Barbara Cartland on acid and a mobile cinema designed by Jerki. The tour kicks off in Port Sunlight, Merseyside, and terminates at Aughton, Lancashire. Buy the T-shirt at www.villagehalls.org.