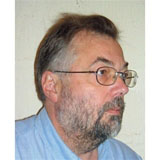 The Chartered Society of Designers is to take the issues of climate change to its members and will seek feedback on how the industry can address key environmental problems.

The move follows the findings published in the Stern Review on the Economics of Climate Change last week. The CSD will send out a questionnaire with the next edition of its electronic newsletter, seeking ideas on how the climate change challenge relates to design. The results will be published in vox pop format in forthcoming editions of the newsletter.

In his review, economist Sir Nicholas Stern claimed that it would require at least 1 per cent of global GDP to launch an immediate response to climate change. Frank Peters (pictured), chief executive of the CSD, says that even 1 per cent is an ambitious target, but that ‘design can play a role in lowering the initial costs of our high carbon economic growth’.

According to Christina Onesirosan-Martinez, business development executive at the CSD’s Design Association, the questionnaire is just one of a number of initiatives underway by the design body, following the Stern Review.

‘At first glance the Stern Review is not linked to design,’ she says. ‘But it can relate to any business and offers the design profession challenges and opportunities that it should readily embrace.’

The CSD is revising one of the modules in its new Diploma in Design Business Management to introduce aspects relating to sustainability and will be launching a seminar programme on the issue next year. It will update its accreditation guidance in relation to the environmental policy of its members, and is running a number of educational initiatives around the issue.

The organisation will also be addressing the Chinese Government at the Dragon Design Festival in Qingdao next week, with a speech by Peters about the role and responsibility of design in driving economic growth.

CLAIMS OF THE STERN REVIEW: