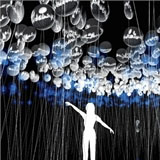 Jason Bruges has designed a light installation for Tate Britain, which was installed on 4 November, to celebrate Guy Fawkes Night as part of the Sparky Tate event.

The Magic Bottle is the first in a proposed series of graphic novels set in the ‘lost world of the Peppermint Islands’. It is designed by Monte Beauchamp, illustrated and written by Camille Garcia and published by Fantagraphics this week.

Apple Computer has unveiled its latest iPod Shuffle design, which it claims is the world’s smallest digital music player, at just half a cubic inch in volume. 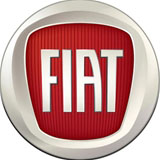 Fiat has redesigned its primary logo, introducing a badge that harks bark to the Italian car manufacturer’s shield used from 1931 to 1968. It is designed by Robilant Associati and Fiat Style Centre.

Royal College of Art graduate Jonathan Legge has created an installation of his Walking Stick designs showing at the Twentytwentyone store in Upper Street, London N1, from 10 November to 1 December. 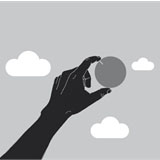 Provokateur has designed the visual identity, merchandising, print materials and advertising for I Count, a nationwide climate change campaign from a coalition of charities and aid organisations.

Williams Murray Hamm has designed packaging for a limited-edition, 30-year-old Glenmorangie whisky. The outer pack is made from embossed copper and Perspex.