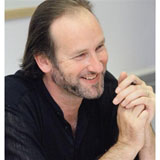 Why is the design industry so biased towards London when an office in the capital is no longer essential for success, asks Piers Evelegh

British design is booming and London continues to attract the best talent the world has to offer. Across the whole creative spectrum, from advertising to branding, architecture to fashion, British consultancies offer the most innovative and exciting ideas available to industry.

They are some 65 000 design groups operating in the UK and many are prospering – but 31 per cent operate from a London base and 45 per cent from the South East.

As creative director at a communications group based in Cambridge, I have worked on exciting projects with global companies, but I am still amazed at how the design world is focused on London. In recent months, I have commissioned design work on the corporate reports of some of the world’s biggest brands, but have been disappointed by the attitude of recruitment consultants when I have tried to attract designers away from the bright lights of the city.

I can understand the attraction of the capital to young designers – over a third of new appointments by consultancies are made to graduates and students, and London is attractive because of the myriad social and professional opportunities it offers. What is more difficult to fathom is the failure for these designers to then look outside London for employment opportunities as they get older and more experienced.

Flag has always been based in Cambridge – many of the original team lived in the city at the inception of the group, and it appealed to us for the quality of life it holds and the ease of commuting. Being based outside London has never stopped us attracting clients. As far as large companies are concerned, 95km from London is just as convenient as the capital itself; many of our contacts are based in the US, or have global offices across the UK or Europe, and a relatively short journey from the capital is irrelevant to them.

Recruiting designers has never been a barrier to growth for us – after all, over 20 years we’ve gone from being a local, to a regional, to a national, and now an international, player. But it concerns and baffles us that clients seem to be far more advanced in their thinking about the attractiveness of non-London groups than designers. Specialist recruitment consultants appear to be London-centric and recruits seem to be strangely reluctant to relocate. The Dick Whittington effect of the capital is obvious – the attraction of money and power appeals in all professions – but surely a relaxed commute, big brands and a new challenge are enticing enough to lure designers away from their Soho studios?

In the past, I have rented London office space so I can offer a physical base in the heart of the capital, and Flag is lucky enough to be able to benefit from the London offices of its parent, Computershare. But physical links to London are becoming increasingly irrelevant as the continual improvement in technology and electronic communications in particular mean that distance has become almost irrelevant to many clients.

So what can consultancies outside London do to make the recruitment consultants look in their direction? Regional industry is determined to become more competitive and organisations such as the East of England Development Agency promote design- and innovation-led business. For example, the agency is promoting design, networking groups, innovation centres and offering financial incentives to businesses in the area.

I should also note that the regions outside of London are attracting an increasing number of big brands, lured by lower costs, attractive locations and Government grants. If Microsoft, Unilever and BT are now based in the East of England, why would they want or need a design consultancy based in the capital?

What can be done to attract designers away from London’s magic circle?

Self-promotion – non-London consultancies must get out there more; geography does not need to be an obstacle any more, but you probably have to work harder to be heard

Green field thinking – more and more people are aware of quality of life and environmental considerations; being based outside London’s urban sprawl offers a lot more in this respect

Further education – there are more than double the number of graduates training for design jobs than there are vacancies available; regional groups need to target and retain them