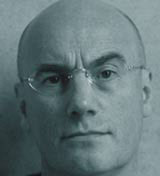 Intro creative director Adrian Shaughnessy is to leave the group after 15 years at its creative helm, it has emerged the week.

Shaughnessy (pictured below) will remain involved in Intro’s activities until the end of the year after which he says he plans to ‘concentrate on writing and creative consultancy’.