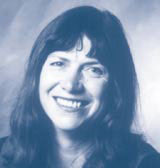 It’s good to see that Alessi is sticking to its roots and promoting great design in in its latest bid to court publicity through the cult of celebrity.

The Alessi show to be staged at the Sir John Soane’s Museum in London next week is a far cry from Habitat’s recent about-face on design, Very Important Products, which saw the retailer bringing in non-designers such as boxer Henry Cooper and flamenco dancer Joaquin Cortes to create objects on the strength of their public appeal rather than their creative skills.

Product designers might baulk at the Italian manufacturer’s decision to use only architects to create the series of tea and coffee sets on display, but that is the Italian way, with architects deemed in Milan to be the masters of design, in all its 3D manifestations.

Retailers and manufacturers continue to confuse celebrity with quality as they vie for media attention and the visitor footfall it affords. The result might be sensational – and merit press coverage, as Habitat found – but it is hardly the way to build a reputation with customers for good, functional design. The only way the designs might be expected to outlast the showcase is if, as is likely, they have been ‘ghosted’ for the celebs by experienced, but regrettably anonymous designers.

But if, like Alessi, they bring in top-flight designers and architects, there is a chance that some of the designs will endure to become classics. Alternatively, partnerships might form between the client company and creative team that might lead to product innovation and commercial success. It’s a neat and fruitful way to sort out a roster.

All credit to a couple of groups that have brought creativity to the heart of their business.

Self-styled ‘brand engagement’ company Circus has struck a deal with the Royal College of Art, dubbed Circus Performance. Under the deal, work by RCA students and graduates across all disciplines will feature in a constantly changing show at its new premises in London’s Marylebone High Street. Meanwhile, last week saw the opening of another such ‘gallery’ at the offices of screen design star Kemistry in Charlotte Road, Shoreditch, this time with work created in the 1960s by three seminal screen designers.

In publicity terms, these cultural ventures are on a par with the crowd-pullers of the likes of Alessi and Habitat. But they have a particular resonance not just for the revellers at the opening night party, but for the clients and creatives who pass regularly through the consultancies’ doors. They set an example that others might usefully copy.