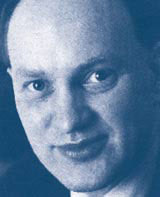 To truly understand the nature of consumer durables, you must pay a visit to your local dump. Or household recycling centre, as it is probably now known. It tells you which brands expire soonest, it tells you how quickly styles age, it tells you which items continue to have a value. It is endlessly fascinating.

Thanks to Arsenal Football Club, which has been playing a Chinese puzzle with blocks of land in north London in order to get itself a site for its new stadium, my area now has a brand new waste depot. I used to take stuff to the dump and watch it all being pushed indiscriminately into a pit by a JCB, whence it was taken away to landfill. Not any more. The site of the old dump is now beneath the south-east corner of the Gunners’ new stadium. The new dump, in contrast, is gratifyingly big on recycling.

You drive up a ramp into a lofty cavern, where solicitous council employees in high-vis jackets tell you exactly where to put everything – paper, card, plastic, metal, glass, garden refuse, furniture, whatever. It’s not quite up to German standards yet – there is still too much stuff rather lazily deemed non-recyclable, because it’s a bit difficult to categorise – but compared to the rubbish Dark Ages we used to be in, this is a positive Renaissance.

I was taking a vanload of household junk, the gleanings of my cellar. Cellars and attics are the limbo that consumer durables have to pass through before it is decided whether they go to recycling heaven or landfill hell. Among my junk was a Dyson DC02. I’d have kept it if it worked, but the DC02 had packed up on me early, and had been languishing in the cellar for years.

A place at our environmentally aware dump is set aside for things that might possibly be fixed and re-used. Here is where sick televisions, obsolete hi-fi systems, computers with puny processors and crashed hard drives, and the full gamut of other household objects are carefully placed. Among them was a gaggle of vacuum cleaners. And here’s the odd thing. The day I went, they were all Dysons.

This was presumably a coincidence. Since all such things eventually go wrong and are chucked out, obviously on other days I’d find other brands as well. Still, it was an arresting picture. Why were there so many of them? There’s no way of telling.

But it’s interesting to speculate. Speculation one: perhaps the company has been so successful, a whole generation of consumers bought nothing but Dysons, and these have now come to the end of the line together. Speculation two: perhaps Dysons are short-lived products, die young, and are quickly thrown out. Speculation three: maybe Dysons are no more or less reliable than any other make, but are more of a fashion item. Fashions come and go quickly, so people change their Dysons as they might change their wardrobe. I’ve seen plenty of relatively aged Dysons still in use, so I think the fashion theory rings truest. The company is forever restlessly upgrading its products, producing limited editions in a remarkable number of minor variations and colourways. The fact that almost every other vacuum cleaner company now tries to makes its products look like Dyson’s is not only proof of the success of the original, but also of the need to stay ahead of the game.

All of which is splendid from a business perspective – it’s like having all those varieties of Coca-Cola on sale – but it does lead to a proliferation of stuff out there. And people still don’t consider recyclability when buying stuff in the first place. When Dyson launched the Recyclone – a more environmentally aware DC02 – the public did not take to it. Today it sells its premium washing machines on the assurance that they have been tested for the equivalent of 20 years’ use. But how many will be chucked out by fickle owners long before that?

Reversing the thinking of a throwaway society is something that is hard for any designer or manufacturer to do in an ultra-competitive, price-conscious market. Take too principled a stand, and you could go out of business. Solidly made, long-lived products designed for eventual total recyclability have to cost more in the first place, and we are not inclined to accept that. Then again, it can be done. BMW has managed it, in what is surely the most competitive product market in the world. Wouldn’t it be great if all consumer durables were like that? The lesson of the dump is that the name is all wrong. What we buy now are consumer ephemerals.

To the Point creates reports for Acas

In steps AoI with interiors for Ong’s first retail foray