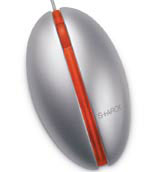 But even if you consider yourself techno-illiterate, there is one area of technological one-upmanship most people have indulged in at some time: mobile phone envy. In her ethnographic research report for Motorola, Dr Sadie Plant identified a range of interesting social behaviours and codes that have developed around the use of mobile phones. She observed that among young men in particular, the mobile was seen as an important status symbol. In public situations – a bar, for instance – men with more up-to-date handsets would place them on the table in full view, while those with older models would tend to keep them out of sight.

Nokia is to blame. In the late 1990s it released a range of iconic handsets designed to prove that mobiles were no longer just a communications tool, but a lifestyle choice and a powerful indicator of status. Having the ‘right’ phone has been an essential tool to establish business credibility ever since.

The handset du jour is Sony Ericsson’s latest model, the S700i, launched this year. Designed in-house, and feature-packed and styled with Sony’s customary ‘techno-jewellery’ flair, this is a desirable piece of kit. Technical details include a rotating screen, a 1.3 mega-pixel camera, 32Mb of built-in memory, and a memory stick duo expansion slot.

After a number of pretty strange looking products, Nokia’s new range of clamshell handsets seems to signal the beginning of a return to form. Most interesting to business users are the 6170, with its restrained styling and use of a subtle dotted micro-texture, and the 6260, complete with hi-tech rotating screen and camcorder-like architecture for use in camera mode.

The battle for technological supremacy at work is not just limited to the hi-tech. Since Herman Miller launched the Aeron chair in the mid-1990s, the task chair has become yet another weapon in the arsenal of the corporate status game.

To be at the top of the seating tree you had better be sitting on an infinitely adjustable, ergonomic masterpiece, upholstered in the very latest moisture wicking, airflow-enabled, intelligent fibre.

Perhaps because of its almost iconic status during the dotcom boom and subsequent bust, the Aeron chair is now looking a little bit dated. Young design offices setting up today might opt for the retro-authenticity of Eames task chairs, ignoring outdated ergonomics in favour of style credibility. More traditional office environments, meanwhile, might choose from the wide range of simple, ergonomically sound task chairs that adjust automatically to the user’s posture without the need for infinite adjustment.

Best of the task chairs launched at London office furniture show Spectrum in May was Humanscale’s Liberty chair, designed by Niels Diffrient. This sidesteps the need for an external lumbar support by using three panels of minimal stretch mesh, stitched to match the contours of the human spine. The chair, which is still in prototype form, is set to launch fully at Cologne’s office furniture show, Orgatec, in October.

It is clear that the workspace and its social hierarchies are changing. What is not changing is human nature in the corporate world, the constant need to compete and seek status. Making a statement, as Starck says, is how we do this. Products and technology in their myriad forms have become more than simply a tool to make our working life more enjoyable and productive, they have become part of the network of elements we gather around us to signal to others our position in the world.

But be warned. According to Kevin McCullagh, director of Seymour Powell’s Foresight unit, ‘Workplace status is in a constant state of flux and is way too complex to be defined by technology. Have you noticed how the real players have ditched their “palms” for moleskin notebooks and have HAAs (Human Analogue Assistants) crunching their admin?’