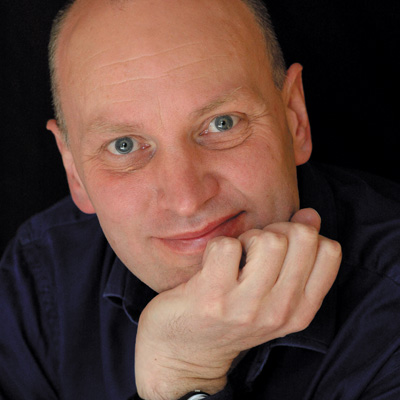 Recently I was in Vienna and Prague, on the trail of the great early Modernist architect Adolf Loos, who never uttered the exact phrase ’Ornament is crime’, though he did write a highly influential, if somewhat unhinged, essay in 1908 titled Ornament AND Crime. But I’m not going to talk about him, or that, or the surprisingly chintzy furnishings and wallpapers he allowed in his houses. I’m going to talk about public transport.

Both those great cities have great tram systems, rumbling away efficiently, without fuss.They both also have metro networks. The two work together. In London, of course, our tram system was dismantled mainly on cost grounds – in the 1930s there was money to extend the Tube, or to upgrade the tram network, but not both. So the tram service got very ramshackle and was killed off in the post-war years. Besides, London lacked the broad boulevards of Continental cities: trams allegedly caused obstructions in a different, but related way to today’s hated bendy buses. And finally, trams were mainly a south London, working-class and very unfashionable thing. Our transport decision-makers at the time were neither working class nor from south of the river: who cared that they didn’t have many Tube lines down there?

Yes, I know south-west London now has its popular Vienna-built Tramlink mini-network, which is the real deal. Also, by some reckoning, the east London Docklands Light Railway system is really an electric tramway, though it doesn’t share space with other vehicles. Manchester, Nottingham and Sheffield have more developed new tramways. But north Londoners have the Tube, the biggest metro network in the world. And as we all know, this is slowly being upgraded. So I got almost interested when new trains started arriving on my nearest line, the Victoria. The interest lasted right up to the time when I stepped into one of them. Er – what’s been improved?

There is something slightly stylish and 1960s about the original Victoria Line trains. You don’t so much sit in them, as lounge on those squishy low seats. The new ones have no such bohemian feel. They are made for standing in, with thin strips of meanly upholstered hard benches down each side. You don’t even get the continuous-Tube interiors of the latest, equally spartan, Overground trains: for some reason the new Victoria Line stock still has separate carriages with those scary interlinking doors that you’re not meant to use. I’m told the trains are now faster, have more room inside and wider doors. Perhaps, marginally, but the overall experience doesn’t feel better.

Oh well, at least we have Thomas Heatherwick’s new Routemaster bus on the way, which looks amazing even though its front wheels are not right at the front as they should be. It’s a manoeuvrability/accessibility compromise, something that didn’t bother the original Routemaster designer, Douglas Scott. Not that I’m a nostalgist for the breed: I remember them as terribly cold in winter with that open back deck, which people tended to fall off. But anyway, how many of those expensive New Routemaster big beasts are we going to see? Not many, I suspect, when off-the-peg buses are so much cheaper.

The design department at Transport for London needs all the support it can muster because here’s the thing: the number of passenger journeys in the capital is soaring. People have to be packed on to vehicles of every type without them becoming cattle trucks. If only there was another option available between Tubes and
buses. Something like, oh I don’t know, trams?