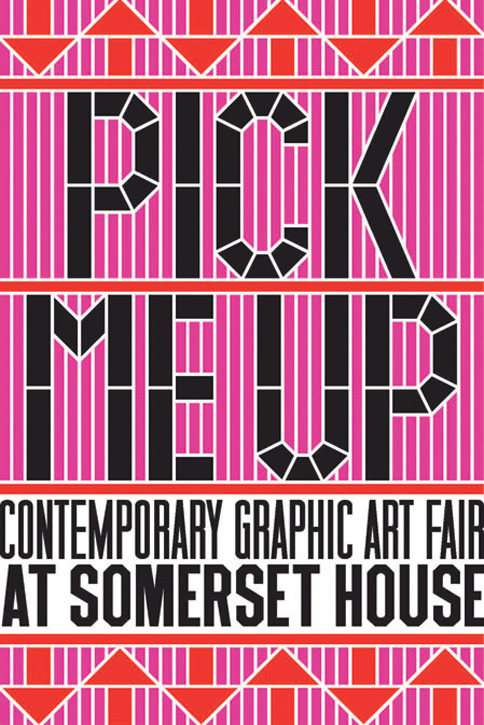 Anthony Burrill is to set up a residency at the Pick Me Up graphic design exhibition, which will return to London’s Somerset House for its second year next March.

Selling exhibition Pick Me Up launched last year in an attempt to bring graphic design to a wider audience (News, DW 12 November 2009).

It will run next year from 17-27 March 2011 at the Embankment Galleries at Somerset House. A spokeswoman for Pick Me Up says, ’There are similarities to this year’s event and we are building on the best elements of 2009 with workshops and new artists.’

Burrill will set up his studio at next year’s event, inviting special guests to create new work. Visitors will be able to watch each work created live and all artworks will be for sale exclusively at the fair. Burrill will create the identity for this year’s fair, having also created last year’s identity (pictured right).

More than 20 international, up-and-coming graphic designers and illustrators will showcase their work at the fair. The exhibitors are currently being selected by a panel including Simon Esterson, art director at Eye, curatorial consultant Liz Farrelly and Creative Review editor Patrick Burgoyne.

Graphic art collectives and galleries will be creating their own spaces at the fair to exhibit and sell work. It’s Nice That and Print Club London will be returning from last year’s event.

Claire Catterall, Somerset House Embankment curator, says, ’It was great to see the warm welcome Pick Me Up received from both the international graphic design community and the general public and we hope to further establish the fair as a platform for the contemporary graphic art scene.’