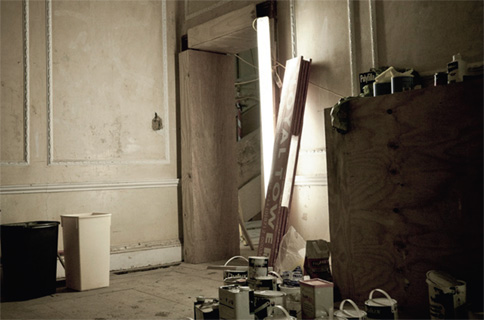 Branding group Someone is developing the identity for Heckfield Place Hotel & Estate, which is set to open in Hampshire in 2012.

The listed building and surrounding estate is currently undergoing a multi-million pound refurbishment. When completed it will feature gourmet dining, a studio and bars. The estate will also boast an organic farm.

Someone was appointed this week to develop a new identity for the hotel. The consultancy won the branding work following a six-way pitch earlier this month which also involved Good Company and Quintessentially, according to consultancy co-founder Simon Manchipp.

Someone pitched for the work with integrated consultancy Breakfast, which will look after communications for the hotel. Manchipp says he has previously worked with Breakfast partner Ed Will. Someone will also work with photographer Simon Warren on the project.

Digital group John Henry was appointed to work on the hotel’s website following a separate pitch, while Quintessentially will work on public relations aspects.

Manchipp says the aim of the consultancy’s work is to ’tell the story of the brand before the hotel opens’. He adds, ’Heckfield will be like a combination of the good bits of all hotels.’

Work is starting on the identity immediately, Manchipp says, with a holding website to be launched ’in a matter of days’. ’The website will be telling the story of the brand as it happens,’ he adds. ’For example, the hotel has just bought a herd of pigs – by the time the hotel opens they will be bacon sandwiches.’

Manchipp says, ’Working with Heckfield in close formation with Breakfast and John Henry enables us to develop a deeply cohesive brand world where all transmedia applications connect effortlessly – we’re thrilled to be involved.’

John Fisher, managing partner at John Henry, says, ’The online experience will encompass everything from booking to branding – we are planning a more immersive site that “deeply” tells the many stories of Heckfield Place.’

Ed Will, partner at Breakfast, says, ’We are delighted to be appointed by Heckfield Place to create, develop and communicate a world-class brand.’

Charles Oak, managing director of Heckfield Place, who joins from The May Fair Hotel, says, ’We are starting a new chapter in the estate’s history, placing an impeccable customer experience at its heart.’

The hotel’s branding work will begin to roll out imminently ahead of its opening in early 2012.

Burrill to take lead role at Pick Me Up