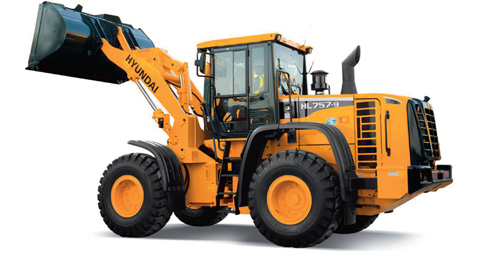 Tangerine is developing new product designs for earth-moving equipment with Hyundai Heavy Industries and will also review the company’s brand strategy and communications.

According to Tangerine senior designer and studio manager Roland Boal, the consultancy beat design groups including Seymour Powell to win the contract.

Diggers, forklift trucks and wheel loaders will be redesigned, with Tangerine looking at the styling of the exteriors, but mainly the usability and aesthetics of cabin interiors.

’We’re now working with HHI to define the brand and work out the value of aesthetics and performance,’ says Boal. Tangerine is also looking at market competitors.

The consultancy will conduct insight research with key users of HHI in China, Brazil, India and some parts of Europe to assess current positioning against competitors.

This will inform brand strategy and print communications, working out how to best represent HHI as well as leading into product design. Although the project is in its infancy, common problems in the design of earth-moving equipment are already being established, according to Boal.

’Every competitor lays things out in the same way – which doesn’t mean an easy access way,’ says Boal. He adds that one issue is that handles to help drivers board cabs may not be best placed.

’We’ll think about adjusting seats to give a better view and ensure comfort, as drivers can be sitting for seven hours at a time,’ he says.

The aesthetics ’feel a little incoherent’ in current HHI designs, says Boal, as many components are off-the-shelf and fitted into drilled holes in dashboards.

Tangerine says it has been chosen in preference to Hyundai’s other design partners on the strength of its reputation in South Korea and its international network, but also on its ability to deliver design which can be serviced from the consultancy’s Seoul office.

Tangerine’s offices in London and Seoul will collaborate on the project, which will start to be delivered in six months’ time.