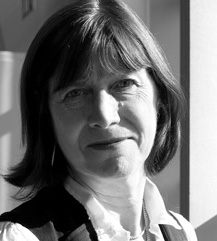 Evidence suggests that the South West of England is not short of creative talent. The sheer number of design associations representing various local communities indicates not just physical strength, but a will to make a difference as a sector. Add to this the closer integration of advertising and design you see in all regions across the UK and you begin to get a pretty positive picture.

In Cornwall the Designs of the Time initiative is drawing to a close, but the awareness of design it has created locally will live on through real projects. Then there is University College Falmouth, deemed to be one of the UK’s best design colleges building on the legacy of former rector Alan Livingston.

Meanwhile, Bristol – home of Wallace &amp; Gromit and Banksy – is launching a design-led bid to raise its profile, courtesy of E3 Media and Bristol Media founder Mike Bennett, who was appointed by the city council three months ago to mount the campaign.

So what’s missing? Local creatives admit to a shortage of good writers – surprising when you consider the number of ad agencies and the focus, particularly around Bristol, on TV. But writers are in short supply, according to the digital design community in particular, for which written content is key.

Text has long ceased to be just the grey area in a layout, providing a backdrop for imagery for communication designers, be it print or digital. For packaging specialists it can be vital not just for conveying statutory data about ingredients, but to enhance a brand’s personality – think Innocent fruit drinks, the Williams Murray Hamm Jaffa Cakes packs and Harry Pearce’s collaboration with John Simmons for Budgens.

There’s so much scope there for writers, not just as ’suppliers’ but as members of the creative team. We therefore hope the South West can fill the gap to broaden its creative quality.