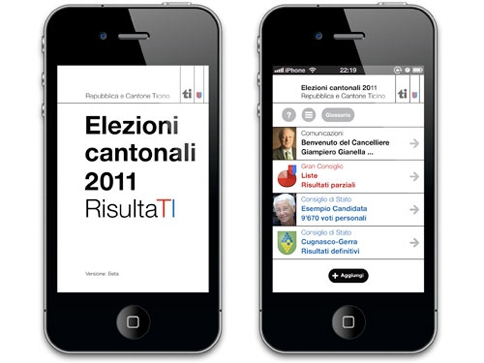 ‘Risulta TI Elezioni Cantonali 2011’, covering Repubblica e Cantone Ticino, is a pilot programme due to be rolled out in time for the Swiss national elections in October.

The application provides the public with real-time results of councils, candidates and parties and will process live data from the Ticino elections until counting ends on Tuesday at 12pm.

Jannuzzi Smith was approached by the Swiss government directly to create the programme following the successful opening of its Swiss office in Lugano.

After early conversations concerning development and design of the idea, the consultancy produced the pilot, which collects data from the elections and publishes it in real time on both the application and the website.

Michele Jannuzzi, director of Jannuzzi Smith, says the success of the application has so far been well above expectations, and he hopes that the consultancy will be approached for similar briefs.

In time for the October elections, Jannuzzi Smith plans to extend the system to cover both Blackberry and Android smartphones.