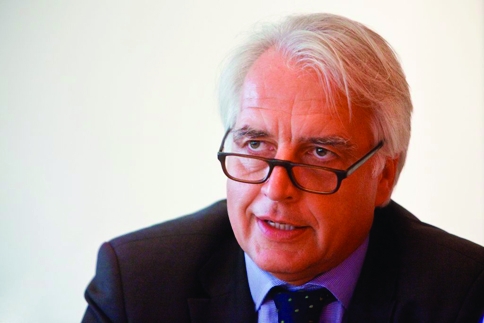 Jones, who has been director of the V&A since 2001, is set to leave in June to become master of St Cross College, Oxford.

Roth (pictured) has been director general of the Dresden State Art Collections since 2001, and prior to that was curator at the German Historical Museum in Berlin and director of the German Hygiene Museum in Dresden.

Paul Ruddock, chairman of the board of V&A trustees, says, ‘[Roth] has a strong record of leading and managing complex arts organisations and brings experience of working in museums and cultural organisations from around the world. We feel he is the ideal person to build on the recent successes of the V&A to enhance its position as the leading international museum of art and design.’

The V&A has also appointed Philip Long, senior curator of the Scottish National Gallery of Modern Art, as director of its planned Dundee outpost.

Japanese architect Kengo Kuma was appointed at the end of last year to design the new museum in Dundee, which is being developed by Design Dundee – a partnership between the V&A, the University of Dundee, the University of Abertay Dundee, Dundee City Council and Scottish Enterprise.

Building work on the museum is set to start on site in autumn 2012.

Long says, ‘The design for the new museum is superb and the idea for the project is inspirational. V&A at Dundee will be international in ambition and will rightly celebrate the vital part Scotland has played in design history, as well as being a focus for design-led innovation and opportunity in our country.’