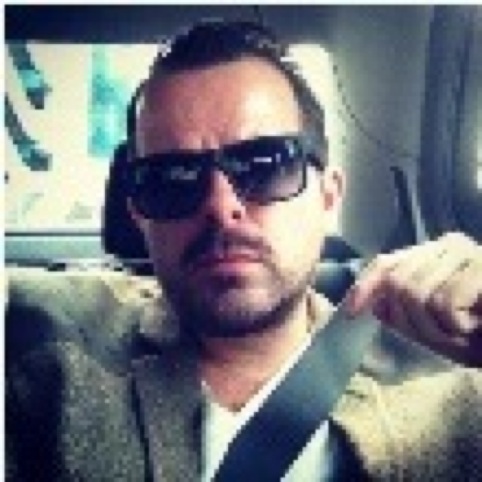 We got to talking and soon I was informed that their annual student fee was $75,000. That’s right. Seventy-five thousand dollars every year, and for four years. So before you spit your drink about your £9,000 a year feeshere in the UK imagine leaving with a minimum of £300,000 debt instead of £36,000.

American graduate schooling has always being expensive, we know this. ‘It’s just a business really’ one of the students exclaimed. ‘You go, you agree (blindly) to pay over all this money and you just do it, no-one questions it, we just do it. Year after year.

‘Many students are really struggling, and it’s a big problem in the States. You get lots of people now leaving university with no job, so they go get any job to pay their way and regardless of what you earn you have to start paying back your loan at the same rate as if you were gainfully employed as soon as you leave. So if you’re waitressing you’re going to fall back on payments, and if you fall back you’ll wind up defaulting and that has huge implications of any future loans or mortgages you might need.’

Not a pretty picture, is it? And you guys thought Nick Clegg was Satan. Well actually he probably is because this is where we are heading, sooner or later. Why? Because as the student rightly pointed out, university there and certainly here in the UK is a business. Each school is in a fierce competition with everyone else. When given the choice nearly 60% of all universities in England opted to charge the maximum £9,000 annual fee. Like petrol these costs will only ever go up. This does not include the amount UK Universities receive for overseas students, the fees for which are two, often three (or more) times the amount a UK resident will pay.

When I studied my BA Graphic Design degree at Nottingham Trent University our course had 110 students on it. Not in totality, just in our year in-take. It was ridiculous. By the end of the third year there were nearer 94 students who graduated. Even then it struck me just how many students were there that perhaps really ought not to have been there. This is going to sound politically incorrect but stick with me.

There were a lot of people who really didn’t care or have any inclination to invest themselves in the course they’d taken. Indeed many it seemed had chosen their topic rather by random selection as apposed to having a burning desire to be a ‘Business man/woman’ or surveyor. I lost count the amount of times you’d ask ‘How many lectures do you have a week?’ (i.e. how many days are they required to attend the University) and you’d often get a shrug, or a ’two hours!’ reply. On my course you were required to be in every day, and more often than not I was (as were many of us), particular from the second year onwards.

Everyone who wants to should have the right to go to University, that much we can all agree on. But with more and more attending year on year the value of that experience is high, but the value of the degree itself (remember, the reason you went there) is being completely under-valued.

Last year 2.5million students graduated (according to the Higher Education Statistics Authority) into an ever-shrinking economy. But a growing number, a further 500,000+ were post-graduates, which has grown year on year steadily at around 7% (last year was the first decline in four years). Which tells us that more and more people are staying on or going back to do MA, MBA, MSc or even PhD.

This is in-line with lots of discussions I’ve had recently with students and various institutions over the years. More and more places are actively encouraging to the point of dissuading students from leaving after a BA because their degree will be practically ‘unrecognised’. In other words, worthless. So has the MA/MBA/MSc become the new BA? I have an MA in Communication Design from Central Saint Martins and a BA with First Class honours – but I chose to do an MA because I wanted a bit more time to study, not because my BA was worthless.

However the risk is there for us all to see. If a BA is no longer the marker for us to use and an MA is, what next? When that rate of UK post-grads rises from half a million to 1.5million and the MA sinks in to the quick sand of worthless recognition, then what? Will a PhD will be the only route left?

Where is the ceiling for this gauge? Where does it end? I imagine the education authorities will start to descale the BA to more of a ‘foundation’ degree (like the HND was considered), or like A/S A levels (what ever they were), and thus make MA degrees bolt-ons. Is there another solution?

It suddenly struck me whilst talking to the two medical students that perhaps there might be a better way for our American cousins’ education authorities to view their study programmes and astronomical fees – and indeed the UK too. Performance Related Benefits or BRP could be introduced.

‘So if you do really well with your grades on your course do you get better loan offers? Or perhaps better rates of interest on your repayments?’ I asked innocently to the two med students. ‘No, but that would make sense,’ they both replied, almost in unison.

Here in the UK you only start paying back the fees dependent on your level of income (in the US they start paying back regardless of income). However wouldn’t it make more sense to place the focus on the students and their achievements? You work hard you get rewarded. Don’t work hard, don’t get rewarded. Of course this will favour the smartest, but nothing will change that. It will also not punish those who are less smart – you just pay what you were paying anyway, but improve, work hard, apply yourself and you will be rewarded. Better rates of repayments, get a first in your BA and get a six-month repayment holiday, or a discount off your repayments? Ultimately this will encourage students (and the universities) to raise their game, which raises standards of the individual, the university and the nation as a whole. It won’t address the devaluation of a BA but it will give some benefits to students who will benefit from working hard.

I’ve often said it’s not ‘business, it’s personnel’, regardless of your profession it is just about people (or persons), and about getting the most out of each other. If this going to university is a business, and it is, let’s start applying some measures of performance and reward those who work (and play) hard.

University is a fantastic experience that every young person has the right to experience. It teaches you about life and independence. About people and places and alcohol and drugs and socialising and other passions like the course you chose to study (wink). But that experience should not come at the cost of a life post-graduation where upon many are financially crippled. The emphasis has to be on working (and playing) hard and receiving benefits for that – a system the banking sector could actually to with incorporating. I mean properly.

What is the future of typography?