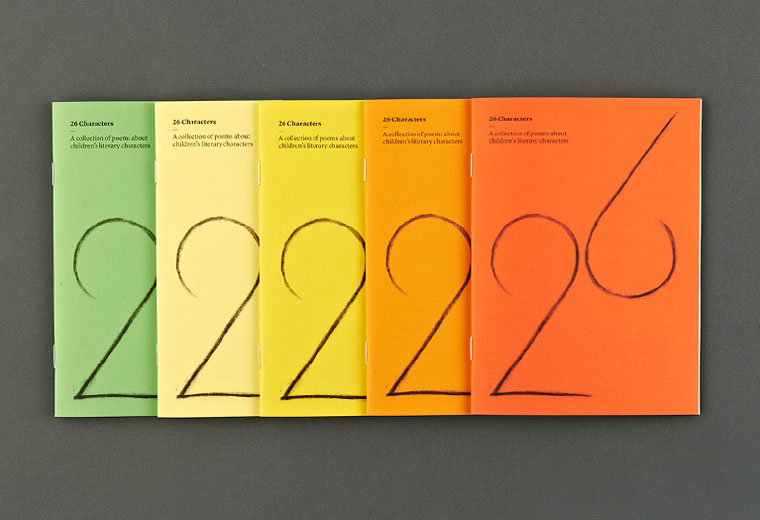 The book is inspired by the 26 Characters exhibition at The Story Museum in Oxford, which celebrates childhood story heroes.

Writers from 26 were given photographs of children’s authors, including Julia Donaldson and Philip Pullman, dressed up as their favourite characters… They were then tasked to respond to the characters – who include Peter Pan, Just William and the Wicked Witch of the West – in the form of the poem. This poem had to be a sestude – 62 words exactly. Each writer was also given a letter of the alphabet as a starting point.

A host of illustrators were then engaged to create an accompanying image. Jean Julien, Stephen Cheetham and Rosie Scott are among those who contributed.

All of this has been put together in a book created by Design by St. The result, according to the designers, is ‘an alphabetical journey into the world of wild things, witches, wizards, monsters and magicians’.


The 26 Characters book is available here priced at £5.

The individual in type design