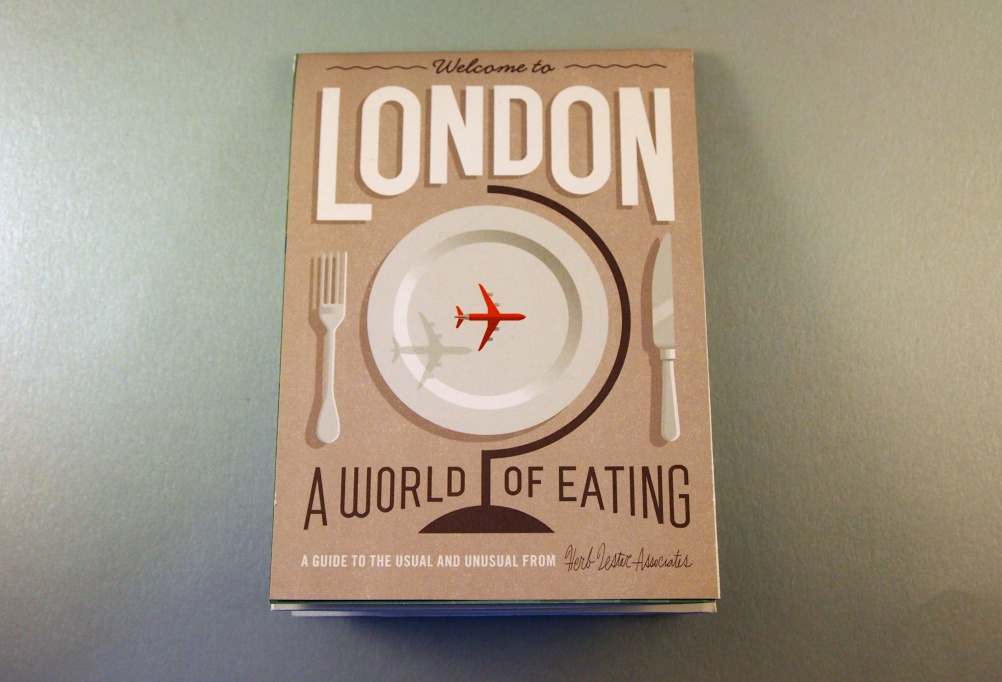 Each Herb Lester guide is a tactile print product, which folds out to form an illustrated poster. 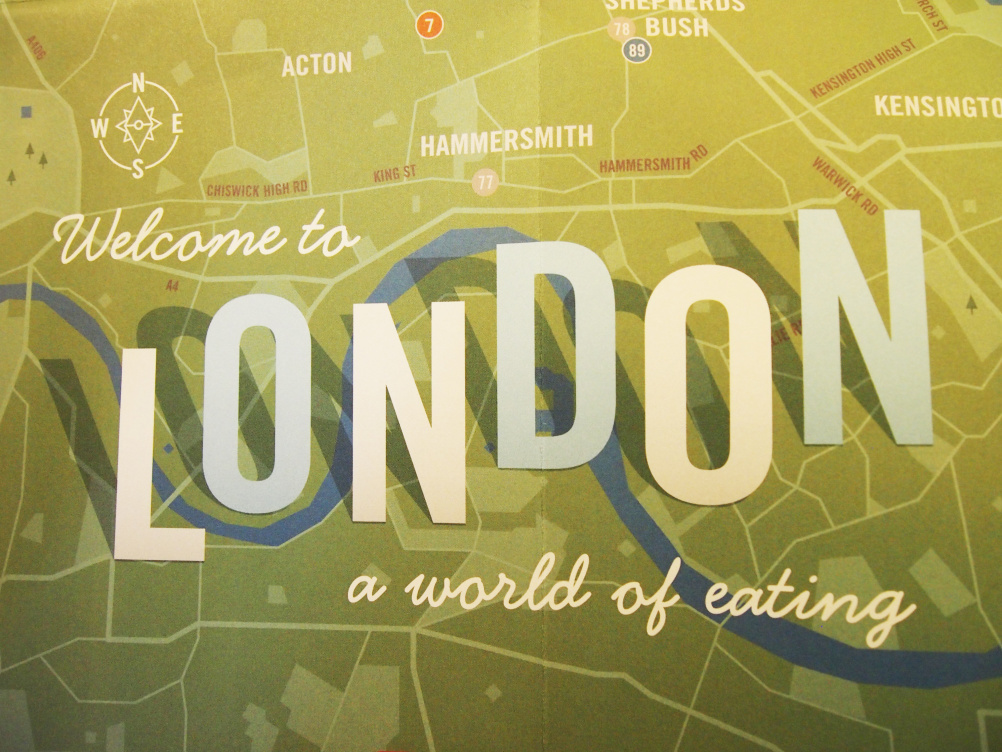 London: A World of Eating has been written by Polly Russell who is a historical food advisor to Heston Blumenthal, and cookbook writer Jenny Linford.

The emphasis is on how and why certain areas of London are famed for particular types of cuisine, and of course where to go exactly to find it. Peckham for West African fare, New Malden for Korean… 105 restaurants are named in the explanatory section and then plotted on a map. 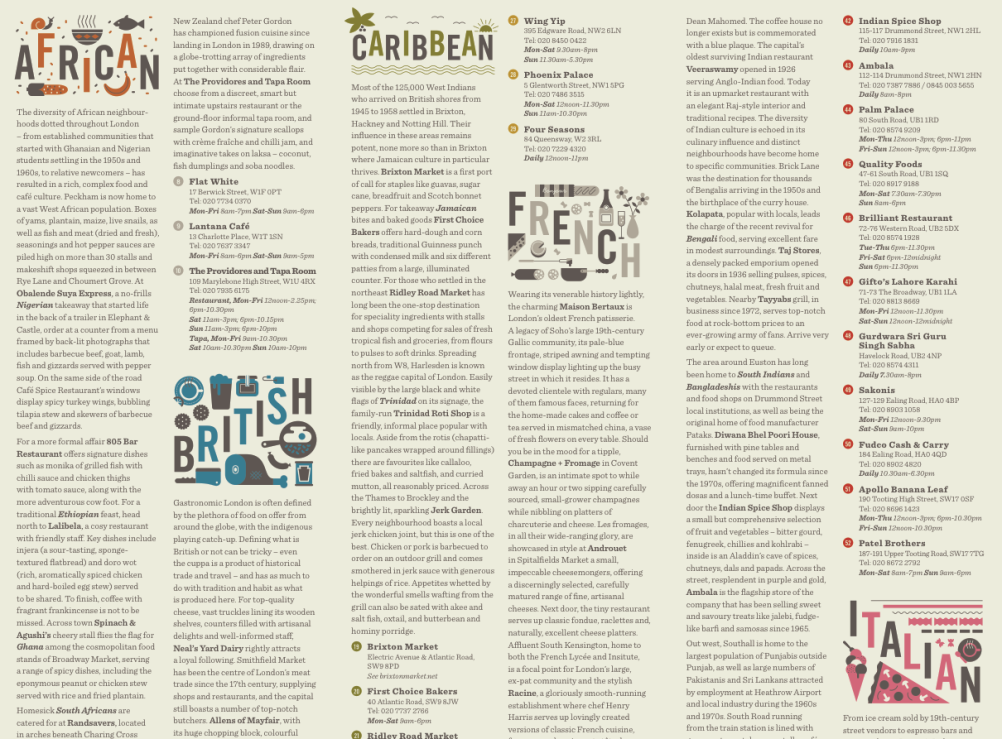 It’s a chance to learn about bibimbap, doro wot, fried plantain and  raclette and effectively travel the world in one city.

Burton has drawn everything in what he calls his ‘midwesterny’ style, which seems perfectly appropriate given the cultural mish-mash of London’s culinary landscape. 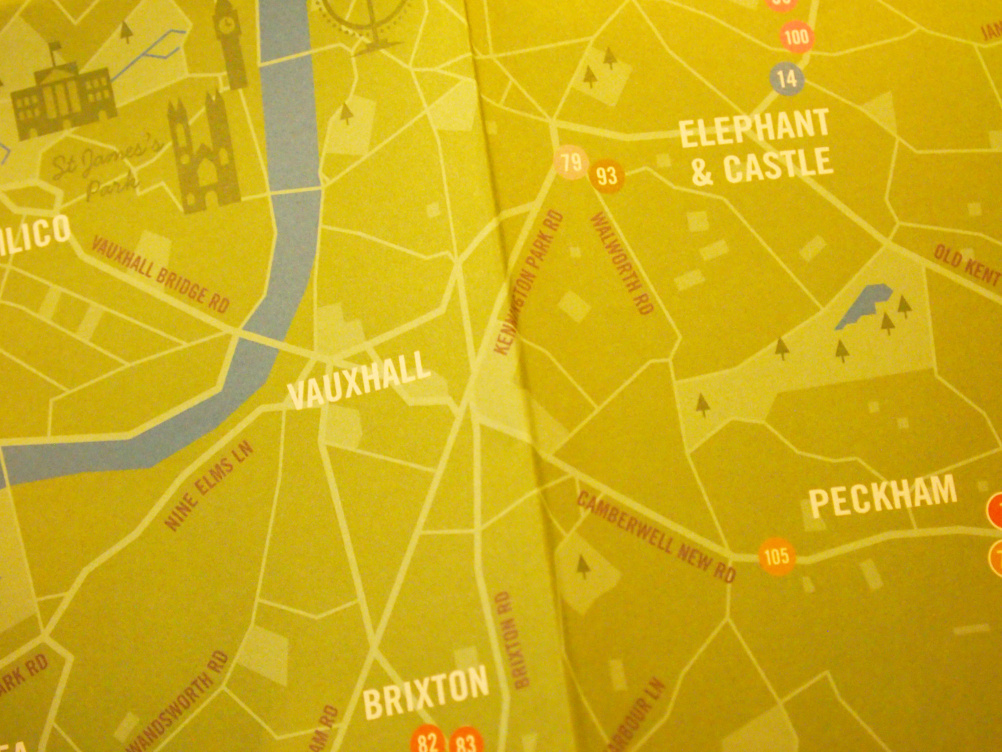 Other guides in the series include one on London’s fashion spots from 1950-2000 which has a forward written by Paul Smith, and was illustrated by Norweigan Pedar Bernhardt, a graphic designer and member of graphics collective Grafill.

Welcome to London: A World of Eating is published by Herb Lester Associates, priced £4.00 and is available from here.

Have your say at the Museum of London

Eye in the Sky – psychedelic illustrations from Jim Stoten