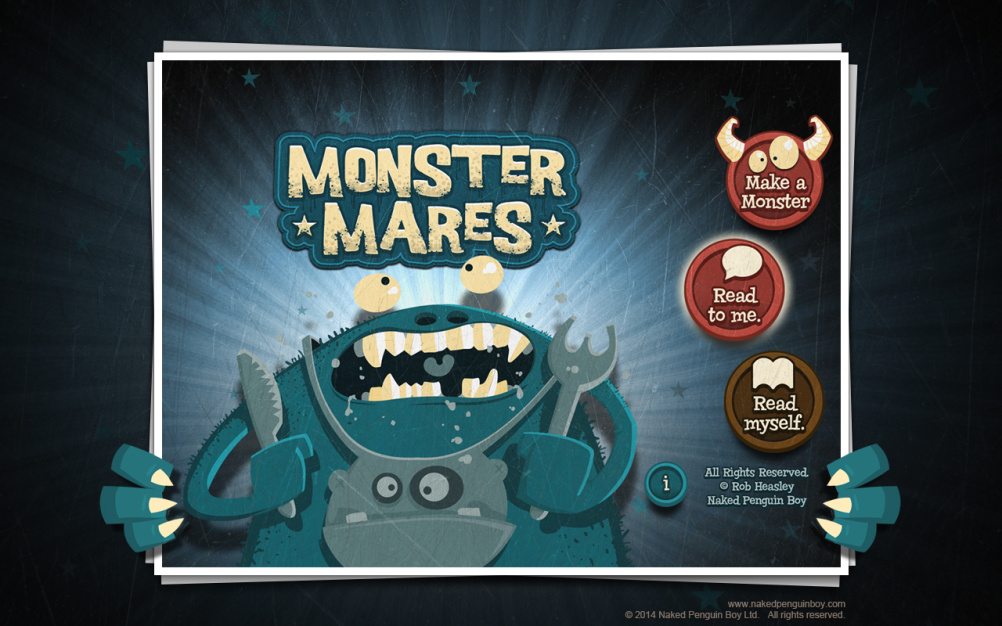 ‘He is pretty much a clone of me,’ Heasley says of his son, adding, ‘He’s always drawing stuff night and day.’

When his son was six, Heasley senior was spending every evening drawing pictures of monsters with Heasley junior and telling ‘scary stories before bedtime’. It was these doodlings that gave rise to the idea of a book. 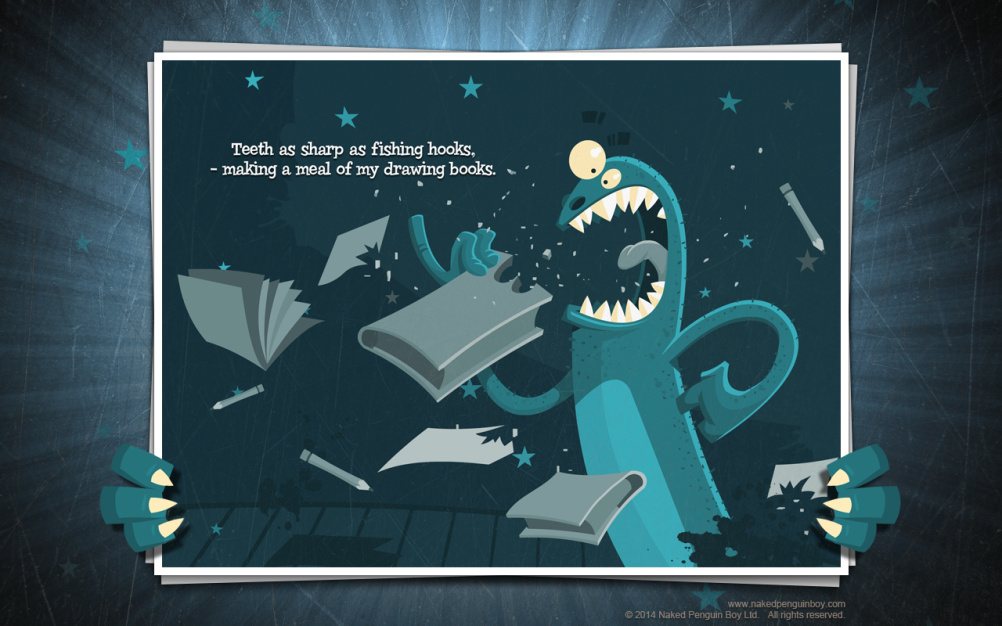 Heasley says, ‘I used his illustrations as reference and inspiration for the monsters in the app, redrawing them as vector artwork in Flash before importing the clean vector illustrations into Photoshop and adding some dirty and scratched textures to give it a nice worn-out feel.

‘Traditionally kids book are very bright & use a lot of primary colours. I deliberately chose a limited colour pallet to add a moody feel to the book.’ 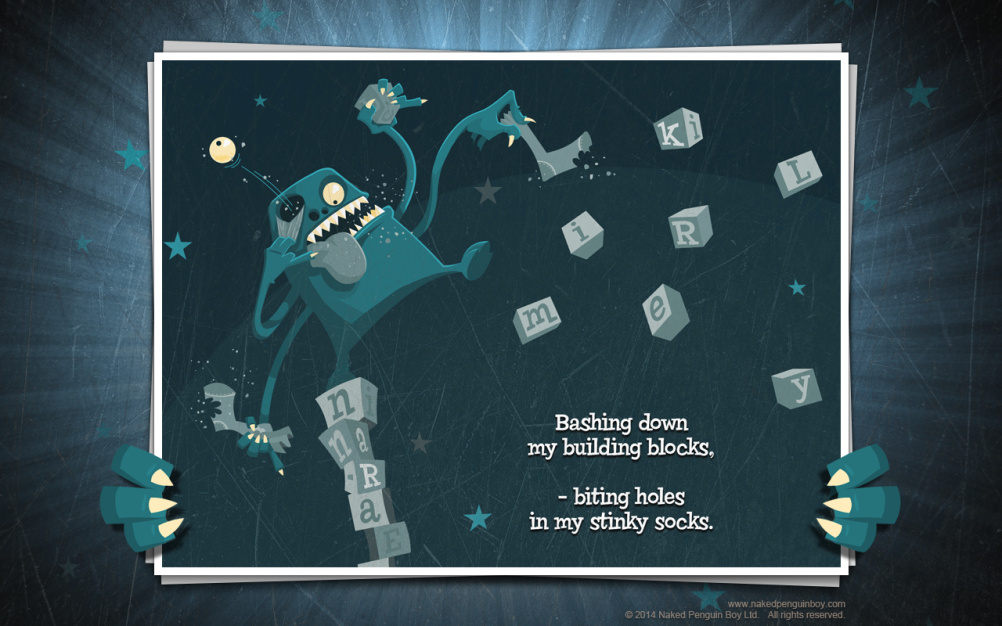 A ‘read me’ function was going to have Heasley’s son’s voice on it but this idea was dropped ‘after the millionth take with him putting on weird voices and messing about,’ says Heasley, who opted to use his own voice in the end.

‘On the start up screen you’ll hear my five-year-old daughter’s voice singing a super scary la-la-la song which was great fun recording,’ he adds. 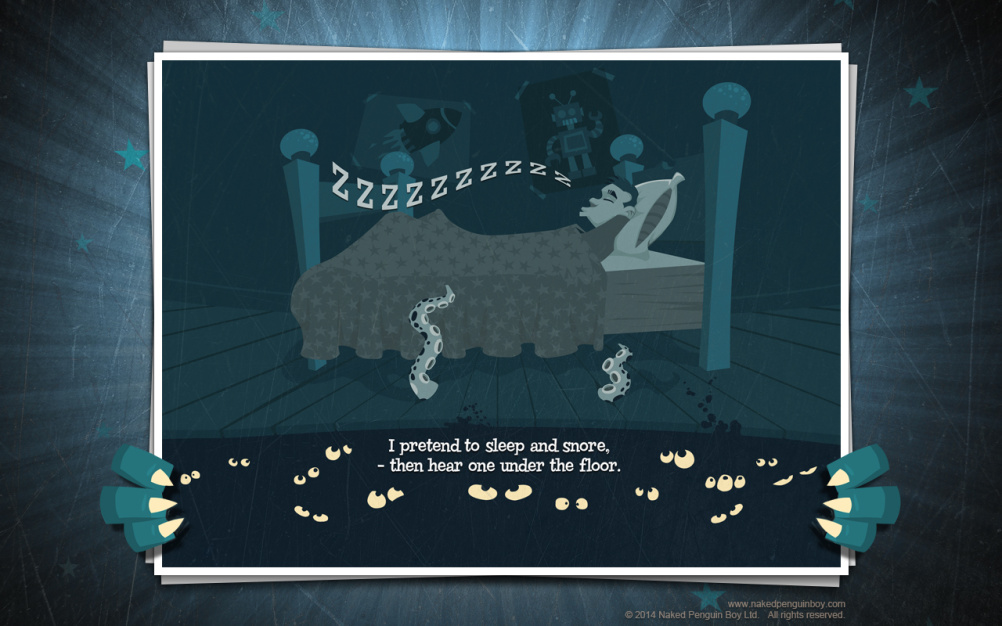 The app has been designed to rouse young children’s sense of creativity and imagination, using animation and sound to encourage interaction with content.

It ends with a game where you can create your own monster and save it to your iOS device. 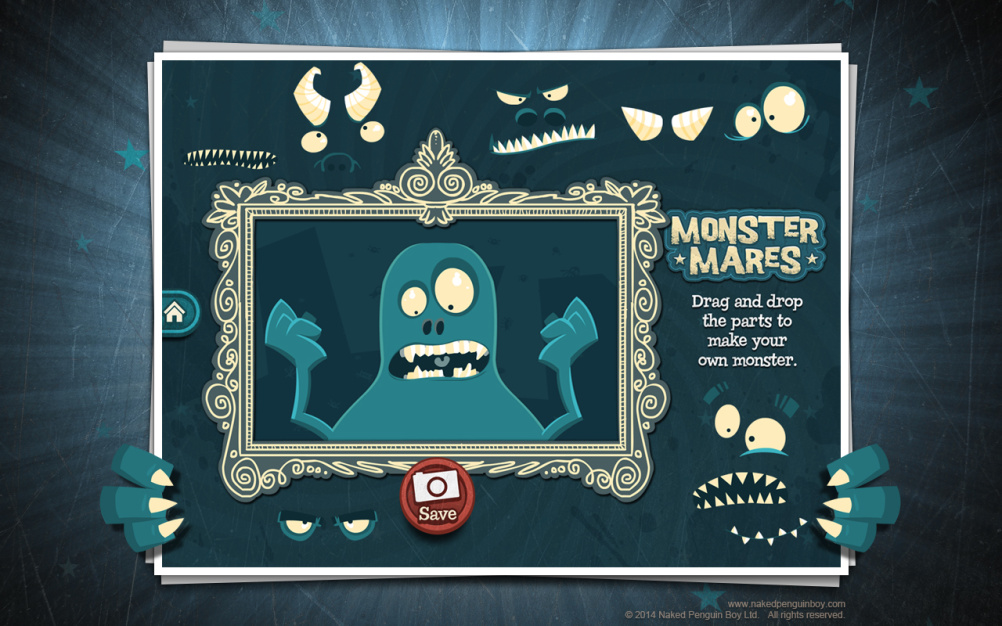 Heasley says, ‘I must admit the mini-game included in the app was an afterthought. I had all this artwork and thought it would be a great way to let kids create their own monsters from this library of monster-bits I had built. Who doesn’t want to build their own monster? Simple drag-and-drop functionality to create a monster then save your creation to your device.’

Monster Mares has just launched in the iTunes store.

The Years of La Dolce Vita