As part of their curious nature and critical eye, many creative people feel the need to question authority and become politically active. Russian collective Chto delat? (which translates as ’what is to be done?’) is no different.

Formed of artists, critics, philosophers and writers, Chto delat? uses art galleries and theatres to explore ideas about dominant economic, social and cultural agendas. The collective’s next exhibition, which will open on 9 September at London’s Institute of Contemporary Arts, aims to emphasis the value of art focussed on basic activities such as reading, watching and talking. 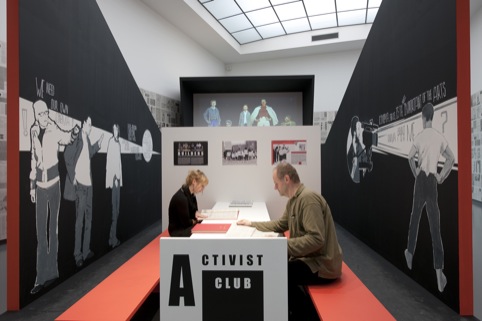 The exhibition will include a 48-hour-long seminar which will bring together cultural workers from collectives around the world to discuss what struggles the groups have in common. Looking at how to combine theory and art with militant political life, participants of the seminar will work towards a final performance of their ideas on 10 September.

The collective will also hold a weekly artists film club and will produce a newspaper throughout the exhibition. 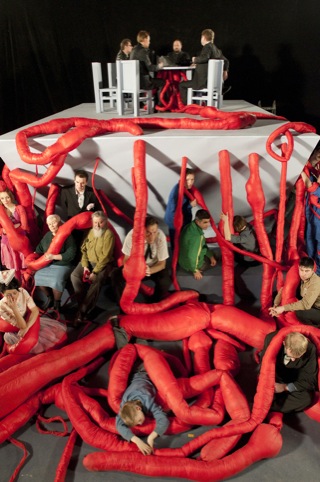 Chto delat? The Urgent Need to Struggle runs from 9 September to 24 October at the Institue of Contemporary Arts, 12 Carlton House Terrace,
London SW1Y.