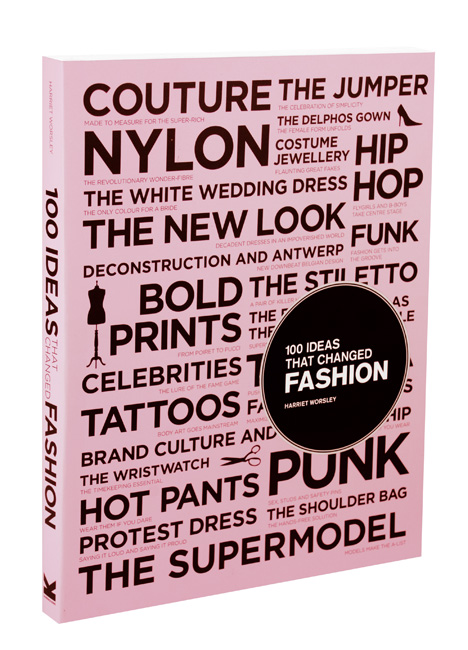 Hyland, who has worked on several other titles for the publisher, was brought in to create a design that would tie together titles including …Graphic Design, …Architecture, …Art, …Fashion, and …Film

Hyland was charged with art directing the series and designing book jacket art, working with Two Sheds Design creative director Jon Allan who created the designed content in the body of the books.

Roger Fawcett-Tang, founding partner at Struktur Design, worked on the designed content of the ‘…Graphic Design’ and ‘…Art’ titles.

Laurence King editorial director and commissioning editor for design and graphics Jo Lightfoot says that early designs featuring cover images gave way to the typographic cover ’which shows ideas popping out at you and a title on a sticker so it doesn’t detract from this.’

First to be published in the series will be the …Fashion and …Architecture books in September.