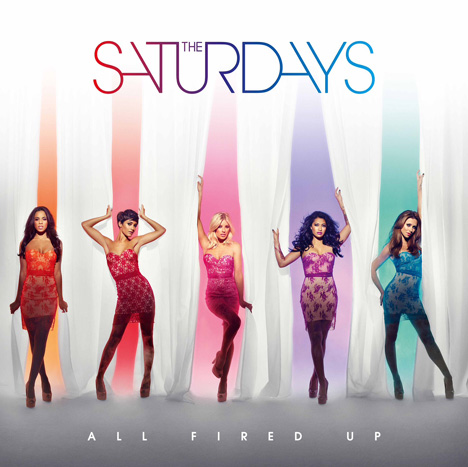 Form was responsible for all art direction and design, including creating ideas for the photoshoot, selecting the photographer, briefing the stylist and hair and make-up artists, and designing the campaign for the single.

It retained The Saturdays’ current logo, which was designed by David Bowden.

The consultancy was approached for the project in June by The Saturdays’ label, Polydor Records on the strength of previous band artwork including Girls Aloud, Depeche Mode and East 17.

Paul West, Form partner, says, ‘From what I’ve heard, we’ve got a reputation for taking the idea of pop and making it exciting and pushing what you can do. We’ve never been afraid of pop – it poses its own set of problems as it has to appeal to a distinct market.’

West says that with this single, the band’s label wanted to ‘grow [The Saturdays] up a bit’. He explains, ‘It’s a slight departure from previous covers which were more colourful – we designed the cover with a lot of white space and more shape.’

The single is released on September 4.