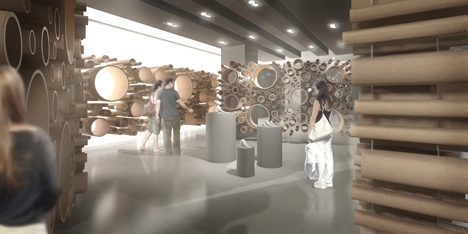 The practice was tasked with creating ‘an inspirational space’ in a way which John Lewis buying director of fashion and beauty Susanne Given says ‘would allow us to showcase our private collections in a market-leading way’.

Three different panel types have been created to ‘draw the public in,’ screen areas off and ‘offer a degree of privacy’ according to Grimshaw.

The modular design means that the space can be dismantled, and re-constructed to tour different stores. After spending two months in the London store it will travel to other UK John Lewis outlets including Edinburgh, Cardiff and Liverpool over the next 18 months.