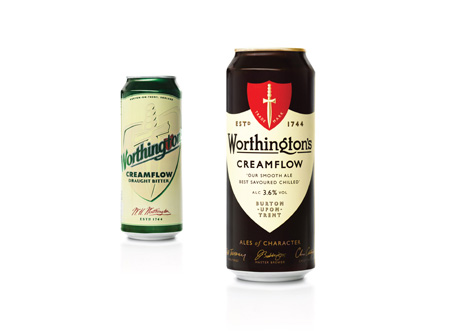 Landor is an agency of choice for Molson Coors in the UK and was appointed to the Caffrey’s and Worthington’s work after approaching the client. It began work on both projects in October 2010.

For the Caffrey’s work, Landor says it has aimed to target lager drinkers and ‘re-engage a lost generation of ale drinkers’, while the the consultancy says the Worthington’s work aims to ‘celebrate the character within’ and highlight the brand’s heritage.

For the Caffrey’s branding, Landor has worked across on the identity, primary and secondary packaging and glassware. It says, ‘The design builds on the brand’s smooth instrinsic product flavour while staying close to its contemporary Irish heritage’. 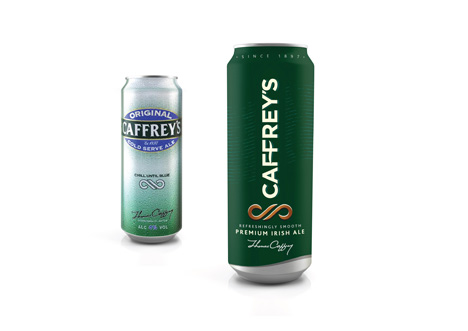 Ben Marshall, creative director at Landor, says, ‘The Irish knot has been brought to the fore across all communication, it not only promote the brand’s strong Irish heritatge, but also its smooth product flow and the social connections that Caffrey’s is renowned for.’

For the Worthington’s work, Marshall says, ‘We created a design which is crafted, yet unique and understated.’ He says the dagger and shield have been ‘brought to the fore as key design assets’.

Marshall adds, ‘By focussing on Worthington’s unparalleled heritage we celebrate the characters behind the brand; from barley farmers and brweers to the ale drinkers who’ve loved it since 1744.’

The new Caffrey’s and Worthington’s brand identities are rolling out this week.