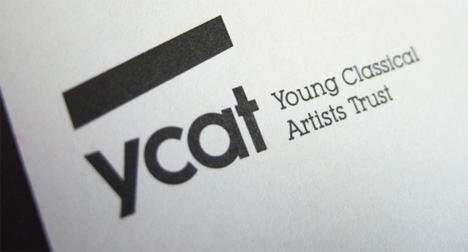 The consultancy has rebranded the organisation, which was formerly known as the Young Concert Artists Trust.

It was appointed to the project in September 2010, beginning work in June this year, having been approached to make a proposal on the strength of previous work.

The project saw the consultancy create a new logo, visual identity, brand guidelines and website for the trust.

Mark Design created a logo from an abstraction of the ‘beam’ that connects two or more notes in a musical score, resulting in a ‘very strong upwardly progressive symbol’, according to the consultancy.

Gus Mark, creative director of Mark Design, says, ‘They were using a [bird] symbol, but they didn’t know what it represented and were happy to get rid of it. Creating a classical yet contemporary feel was key.’

Geoff Parkin, artist and administrative manager at YCAT, says, ‘We’d been using the previous logo for 25 years and it was looking very dated –  it didn’t reflect what we did any more.’

The new website, which launches next week, incorporates social media elements, and will see all the details about each artist now stored in one place to make it easier to navigate.