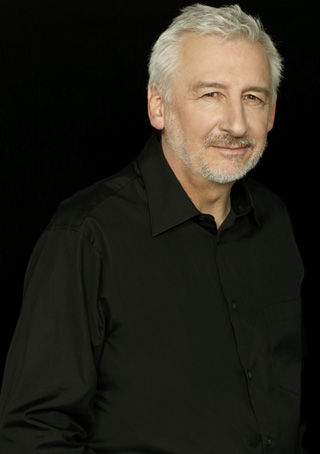 More than ever before, this year’s event has a clear underlying businesses focus, proving the festival to be a vital showcase for UK design across the world.

Just a few days after LDF, which runs from 17-25 September, festival chairman Sir John Sorrell and a team of UK design representatives will be flying to China for the inaugural Beijing Design Week, following a pilot event in 2009. With London as the guest city of honour, a UK design mission, organised by UKTI, will travel to China to advise on the festival and promote UK design and designers. Joining Sorrell on the trip will be a host of creative industry representatives, including Figtree’s David Brabbins and John Holton, and Paul Priestman from Priestman Goode.

Design Week sat down for a chat with Sorrell to find out what makes LDF such a success, what we can expect this year, and what Beijing will hold.

What’s the strategy for LDF this year?

The underlying point behind the London Design Festival hasn’t changed since we started 2003, which is to celebrate and promote London as the design capital of the world. Every year we try and go with the grain of what’s happening in this country and in the world in terms of design and the creative industries. This year people’s minds are very focussed on the economy, so there’s not just the conversation about creativity and cultural and the social impact of design, but the economic benefit of design to London and to the UK. People are interested in the festival as a place where they can do business, network and make new contacts.

How can people make the most of it in that respect?

Networking is absolutely vital. There’s so much going on during the festival period – you have to get out there and network create new contacts.

What highlights can we expect from this years festival?

This year’s bigger than ever – there are more than 300 events. The installation in St Paul’s Cathedral by John Pawson is a wonderful thing to be able to do. It’s a masterpiece of design in a place that’s designed absolutely beautifully and that many people regard as a place of worship  – its very unusual and extremely exciting.

Why do you think LDF has been so successful?

First of all it’s London itself – the city’s the stage for the festival. It’s all over – north, south, west and east – the secret of the success of the festival is that it’s everywhere. It’s also the fact it’s such an international audience because our design community is so international and that’s what makes London such a special place to work. Of course, also for education institutions, London is an absolute melting pot for students from all over the world.

How has LDF influenced other design weeks or festivals around the world?

Since we started more than 80 others have set up too – that isn’t accidental. All the other countries have looked at how we developed our creative industries and started to develop their own policies, strategies and programmes. It’s partly because they want the social and cultural benefit but mainly because they want the economic benefit.

What is the situation with funding for LDF, with the closure of the London Development Agency planned for next year?

We’ll have to wait and see. We have had a very good relationship with the LDA, and then with the Mayor’s office, and we hope that relationship will continue. We’ve actually has a relatively small amount of investment through public funding – the majority of our income is through other sources – but public funding sends a very strong signal about how design is seen by the mayor’s office and by the city of London. The festival brings in about 350 000 visitors – 30 000 of which are from abroad: what we do is aimed at economic development, this year more than ever.

What will be happening during Beijing Design Week?