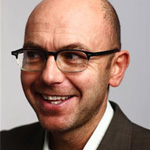 ‘It’s got to be Space Food and the versions you can buy in Millets for camping. If you have never had freeze-dried Space Food spag bol, followed by freeze-dried ice cream on a wet camping holiday in the Lake District then you haven’t lived.’ 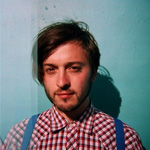 ‘Apart from pictures of dogs dressed up like astronauts, by far the most amazing thing to come out of the Space Race has been the Russian space pencil. As the story goes, the Americans plunged millions of dollars into designing a pressurized ballpoint pen for writing in zero gravity – while the Russians just used a humble pencil!’ 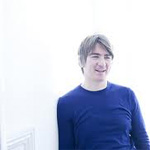 ‘The Hubble Telescope. On a purely geeky level, it has to be the ultimate camera, with an 2.4m aperture. On an art/science level, it sends back mind-blowing images of the Universe inviting us to gaze into distant galaxies and explore the birth of new planets. Another enduring icon to come out of the space race would be the compelling words of Neil Armstrong “That’s one small step for man, one giant leap for mankind.”’ 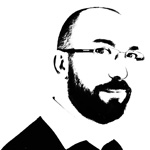 ‘The SK-1 diving suite for space. The ultimate example of form following function. While the Americans were inventing stuff, the Soviets were making do. Using their knowledge of deep-sea exploration and high-altitude flying they cobbled together the SK-1, worn by Gagarin. An orange nylon jumpsuit with leather patches, gloves and boots, and inflatable tubes (for sea landings) all sat beneath a fish-bowl of a helmet. Emblazoned across that helmet, the letters CCCP told the world that the Soviets were first.’ 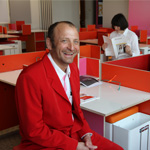 ’We are forever indebted to the design innovation produced by NASA in the space race. There was the gravity-free pen the US developed at great cost, only to be outmanoeuvered by the Russians, who simply took a pencil. My favourite was the super-strong, super-light Apollo Lunar Roving vehicle. It could carry twice its weight, fold in half for storage and was battery-powered. Its longest traverse across the moon was 20.1km. Such a brilliant machine deserved a longer life.’