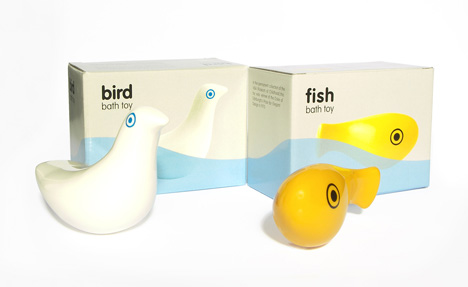 Joupii is now licensed to Italian toy manufacturer Il Leccio, and Bird & Fish to Selegiochi. The consultancy was approached to create packaging for both clients without a pitch on the strength of its work on identity and packaging for Rylands’ iconic Playplax toy.

Webb & Webb began working on the Joupii project in January 2011. James Webb, designer at Webb & Webb Design, says, ‘We used Fedrigioni premium board, which you wouldn’t necessarily use for a piece of packaging. It comes in four different colours so we used stickers for the front which mean you can change the sticker according to the different colours, but keep the same base box.’ 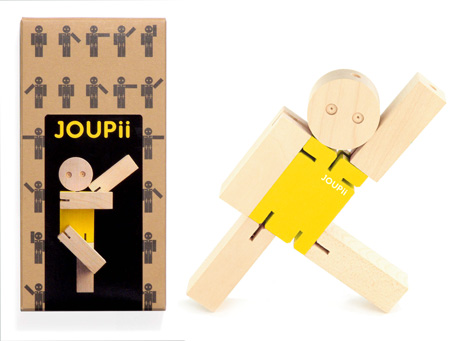 The new brand marque for  Joupii incorporates the ‘ii’ of the name into same configuration as the toy’s eyes, while the black illustrations across the packaging references the toy’s poseabilty.

For Bird & Fish, Webb & Webb slightly redrew the current font, and positioned the toys half way out of the water in the packaging image to reflect their ability to float upright.

Joupii will be launched in Italy imminently, and it is hoped all the toys will launch in the UK over the next year.