The survey by consumer organisation Which? says a quarter of people regularly need help opening packaging, while one in five say their shopping choices are limited by complicated packaging.

More than 2000 people were quizzed for the survey, which also revealed that people were resorting to using Stanley knives, razor blades and hammers to get into hard to open packs.

Which? says moulded packaging is the biggest gripe for consumers, with more than half finding the packaging annoying, while tin cans are the most dangerous, with more than 1 million people visiting their GP or A&E with can-related injuries in the last two years.

Mark Shayler, director of consultancy Tickety Boo, reviewed the findings. He says, ‘Heat-sealed PVC clam shells are the most hated packaging and should be avoided by manufacturers at all costs. There are so many other design options that still provide security.’

Which? editor Richard Headland says, ‘With one in four people telling us they regularly need help to open everyday products, bad packaging is not only frustrating but is causing injuries too.

‘We want manufacturers to improve the design of product packaging and make opening instructions much easier.’

Bad packaging – the view from designers 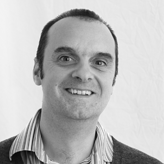 ‘The influence that designers can have really depends on whether you are able to create innovation far enough upstream to influence the packaging.

It also depends on the scale of the brief – often the bigger the brand, the more restrictive the brief can be. However, bigger brands also typically have excellent engineers who will have thought this issue through.

On innovation projects, any design group worth its salt will look at usability as a key issue.

Maybe one thing to consider is that a typical designer tends to be quite young, with strong wrists and 20.20 vision. On a macro level, having younger people designing things for the wider population is possibly historically part of the problem. And a lot of the packaging we have today is historical – Tetra-paks and jam-jars for example – and it can be quite hard to change this paradigm.

For brands though it’s quite simple – if things can’t be used with enjoyment then they won’t be bought. Designing effective brands doesn’t stop when the product is in the basket, it stops with the customer going back again and again to buy.’

‘It’s a very complex issue. Of course ease of access is something designers will always think about, from both a functional and an emotional point of view. Think of something like the Kit-Kat, where the opening has become something of a ritual.

But the reality is that it probably isn’t a priority. There are so many badly packaged products out there, and if this was a real problem then consumers would stop buying them, but they don’t. And this has always been a problem – think of comedians in the 80s joking about things like milk-cartons.

Obviously good designers will always think about these issues as a matter of course. What you can often find though is that a lot of this is driven by what the machinery can do. It can be very difficult to create something when there isn’t a machine that can build it.

I also think it’s difficult to design something that is universal and takes everyone’s needs into account. If you look at something like a jam-jar for example, one person might find it hard to open, while another might say that it isn’t a jam-jar if it doesn’t have a metal lid that goes pop.’

‘I find hard to open packaging very frustrating and I think it can reflect poorly on our industry and the brands that we design for. I do think that designers have an obligation to make packs that are easy to use.