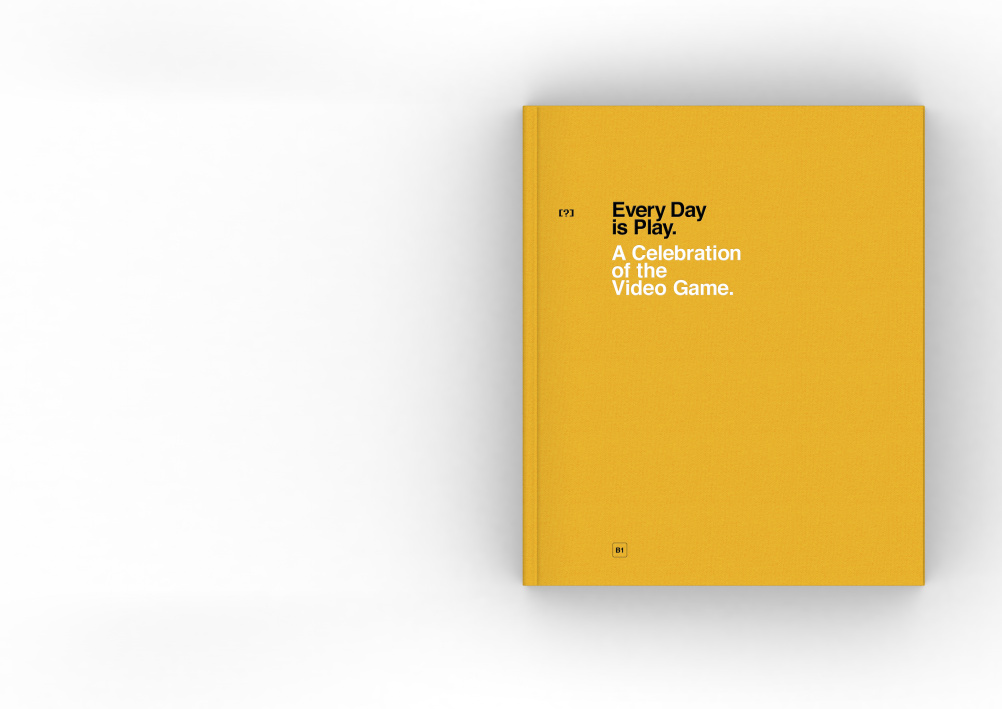 We say will as it hasn’t been published yet, but its Kickstarter is well advanced, so it probably will.

The book will present work by designers, musicians, artists, writers, and developers who have worked on games.

Everything from fan art and game modification is spotlighted, and there is also original artwork inspired by gaming, as well as a series of features and interviews.

The people behind it are designer Matthew Kenyon, and his partner Emma Wilcock, creative manager at Hallmark Cards, who have founded Game Paused, a company looking to combine game culture and art to enable gamers ‘around the world’ to connect through creativity.

This book then, is one of the projects taking forward their lofty mission and it’s got quite a lot of welly behind it.

Contributors include game designer Shaun Inman, Ian Anderson of The Designers Republic – which created the identity for the game Wipeout, Jamie JME Adenuga a UK grime artist and gamer, Studio Output, which designed the Sony Playstation branding, and Insert Coin which specialises in game apparel.

Visual work in the book is by the likes of Build, Universal Everything, and Human Studio.

As with all Kickstarters, you can own a piece of the product – the book in this case, and if you pay enough, you can get your hands on a swanky box-set edition including a T-shirt, A2 poster, Instruction Sheet, and Bonus Level page printed in the book naming you as a supporter. Nice touch.

They haven’t quite reached the target yet though and they’re still looking for contributors as well as backers.