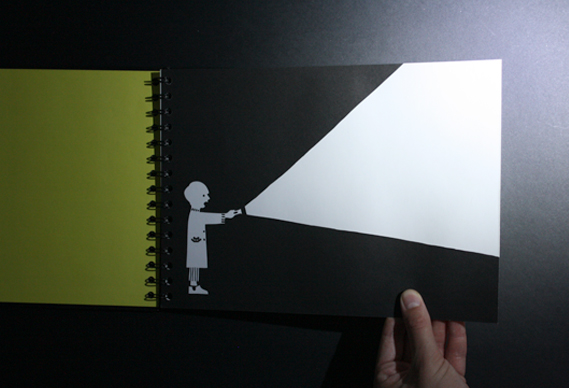 When a light is shone behind the pages, elephants appear in wardrobes, rabbits pop up in hats and monsters materialise under the stairs. 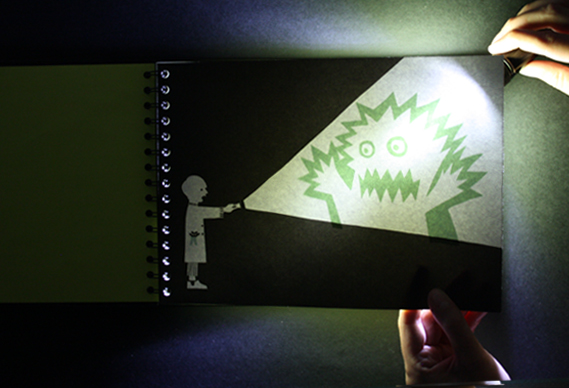 The book has been created by Hat-Trick Design and illustrator Rebecca Sutherland, working with publisher Knock Knock.

It’s inspired, says Hat-Trick’s Jim Sutherland, by Victorian see-through peep-show cards, as well as the act of reading by torchlight (which, he says, ‘always makes me smile’).

Sutherland says, ‘Rebecca and I talked about this idea several years ago, but we never fully developed it.’ He says bringing in publisher Knock Knock, who also published the Phobophobia book, allowed it to become reality.

The ‘hidden’ illustrations are tucked into duplex pages, and only revealed when light is shone behind them. Sutherland says, ‘Initially, we were simply printing images on the reverse, but it’s much more magical when they are hidden in the duplexed pages. 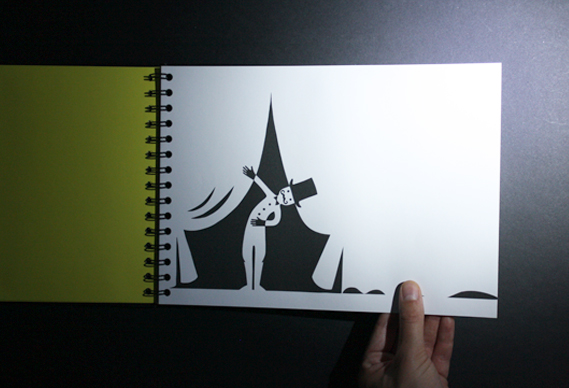 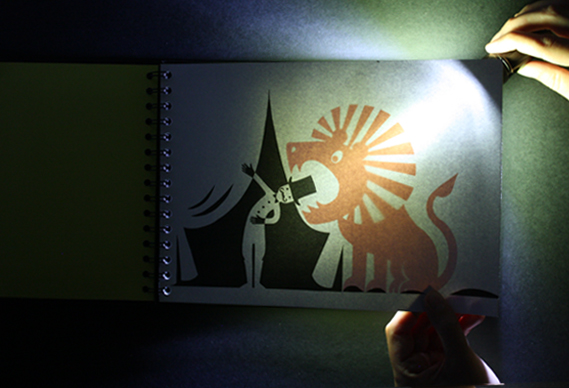 ‘It’s a question of colour tone and the opacity of the paper – there was lots of trial and error.’

Hide & Eek is a picture book in the traditional sense and eschews narrative. Sutherland says, ‘We decided it was much more interesting letting the child make up their own stories around the illustrations’. 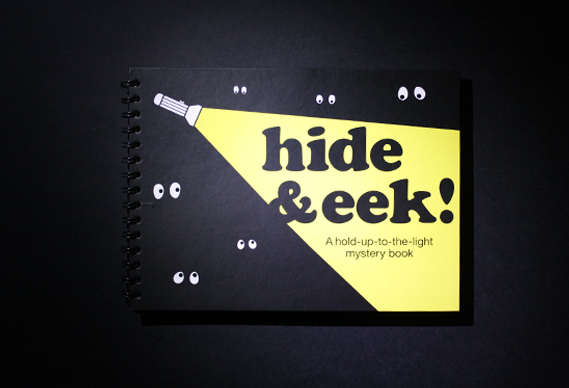