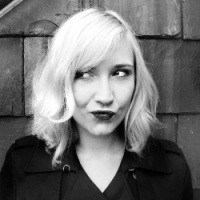 ‘Twitter is my virtual office. And I am humbled by the fact that most of my clients and collaborators follow and engage with me on this platform. This allows for building transparent and honest relationships as well as keeping everyone inspired – and it encourages teamwork too! So far, I’ve been fortunate not to have been trolled, and with the ‘one-click abuse button’, hopefully this will be maintained. My advice is, whether professional or personal usage; just be you, and don’t share confidential information. I have had a Twitter stalker though, but that’s a different story.’

‘I use it in a professional capacity, but there’s personal stuff mixed in, which is easier for someone in my situation – it’s trickier for out-and-out corporate accounts to do that. I think Twitter is still the best social media platform. It’s retained its democratic spirit in contrast to the cynical, controlling deadweight of Facebook. I use it mainly as a medium for receiving information. I can go a while without Tweeting, but find it harder to stop reading, because it’s such a useful source of inspiration. On the downside, it can start feeling like a vast echo chamber for a certain point of view and way of talking. And it’s not healthy the way every event gets instantly ironised and meta-commented about. But when you tire of it, it’s usually a sign you need to refresh your sources – there are thousands of interesting people out there.’

‘I’m not sure I could live without Twitter. I’ve lost count of the number of job opportunities I’ve received through it – both freelance and permanent. I’ve been on dates, met new friends, and been to parties and events I’d never have known about otherwise. It’s helped me find like-minded people to chat to and share with. And when a blog post I wrote earlier this year went viral, it was entirely down to Twitter. I joined in 2007, and I don’t think I’ll ever leave.’ 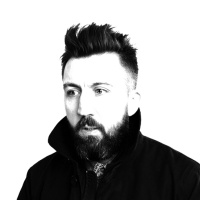 ‘Using Twitter is a double-edged sword and often like being back at school: Everyone starts off trying to impress their peers and get the most friends in the playground, but most people question why they’re there in the first place. There’s the daily bike shed scrap to look forward to, and people aren’t interested in you if you’re weird or boring. If you’re the last one to know something everyone figures you’re a bit slow; but equally no one ever likes the show off or know it all. There are tonnes of loudmouth bullies waiting in the sidelines to pick a fight, and you always get more friends when you share your homework. And when you do finally get some distance from it, you wonder what all the fuss was about…

You never know who you’ll be rubbing shoulders with, and you’re pretty much guaranteed to learn something new every day. You’re surrounded by like-minded people, and the variation in topics and subjects means you can make new friends all the time. You feel part of a larger collective moving forwards together, and you never forget that moment when one of the older kids says something that just clicks. You get to meet people from different cultures and far away lands, but no matter where you’re from you share the common goal of furthering knowledge and learning. It can be really fun and engaging too, and everyone remembers the day a dog ran into school.

Since 2009 I’ve run seven (yes seven) Mat Dolphin- related Twitter accounts. All of which (try and) purvey our ethos: If you give love, you get love™. It’s less about us, and more about our followers. I’ve made some brilliant new friends, but naturally had a few challenging conversations too. We’ve featured in exhibitions, books and articles as a result of the connections we’ve made, and we’ve earned money from Twitter by tracking particular keywords and finding new clients. I can’t imagine running a design agency without it. Ultimately, we all get out what we put in.’

‘Twitter is like a pub. You can go and be voyeuristic; observe while quietly sipping your pint in the corner. You can dance on the tables, chat with your friends. Or you can be that vile bully whose there for trouble. Except online they get to hide further in the shadows. The latest trolling news is as revolting as it is unsurprising. I’m all for freedom of speech, but when that speech projects hatred and intimidation then the line is crossed and I hope the hunter becomes the hunted (by the law). I have various accounts both business and personal. If sharing starts a conversation then great. Sometimes it does, but often it merely adds to the smudge of disinformation out there. Much like going to the pub can sometimes be a great night, other times, meh.’

‘I’ve had a lot of cool experiences with Twitter. It’s how I got set up by Simon Cowell (don’t ask) and how I scored my last big commission. The trick is to track opportunities, and go for the ones that sound cool. However it’s like everything in life; all in moderation. For example; if I fancy a pie, I don’t go to the pie shop and eat a million of them. For one, I would get fat and develop bingo wings, and after the tenth pie I’d feel sick and throw up. If I’m on Twitter all day every day, I would pissed off with all the crap people say. Use Twitter with a fine toothcomb, and you’ll reap the benefits rather than the trolls.’ 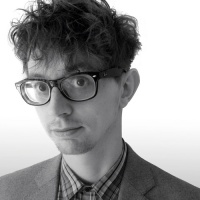 ‘There’s no denying that Twitter can be a massive distraction, but if you use it with a bit of consideration, it can be a productive one. It’s definitely led me to some fantastic, odd and unexpected opportunities. Plus, working alone, it provides a welcome (and often useful) background chatter that I’d otherwise be missing – it beats talking to myself for hours on end! For better or worse, it’s the big overlap in the business/personal/sanity Venn diagram, and that suits me just fine.’