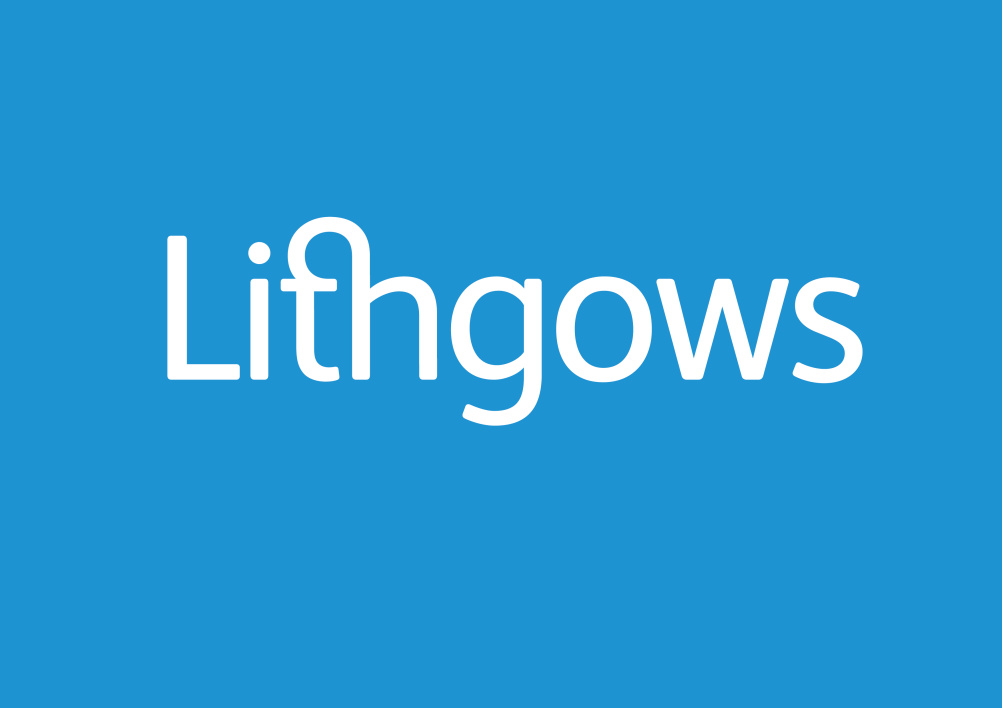 John Spencer, Off the Top of my Head founder, has worked alongside writer and founder of International Wordstorming Tom Lynham to create a graphic and verbal identity for the firm.

‘Everyone who knows Lithgow, Nelson & Co calls them Lithgows so we shortened the name to make it punchier and easier for new clients to remember,’ says Spencer. 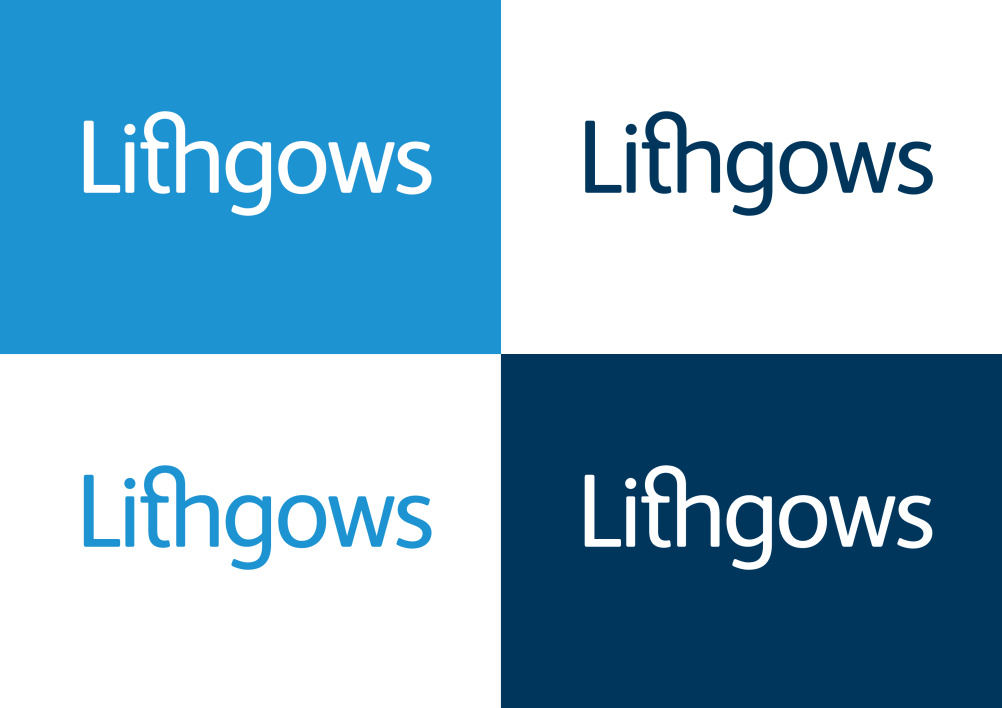 ‘The idiosyncratic logo combines a traditional but rare letterform – the ligatured “th” – with a contemporary typeface to create a dramatic interaction. And I’ve given Lithgows a modern typeface – FS Albert – plus an eye-catching palette of colour couplets to help make all their communications visually unique,’ he adds. 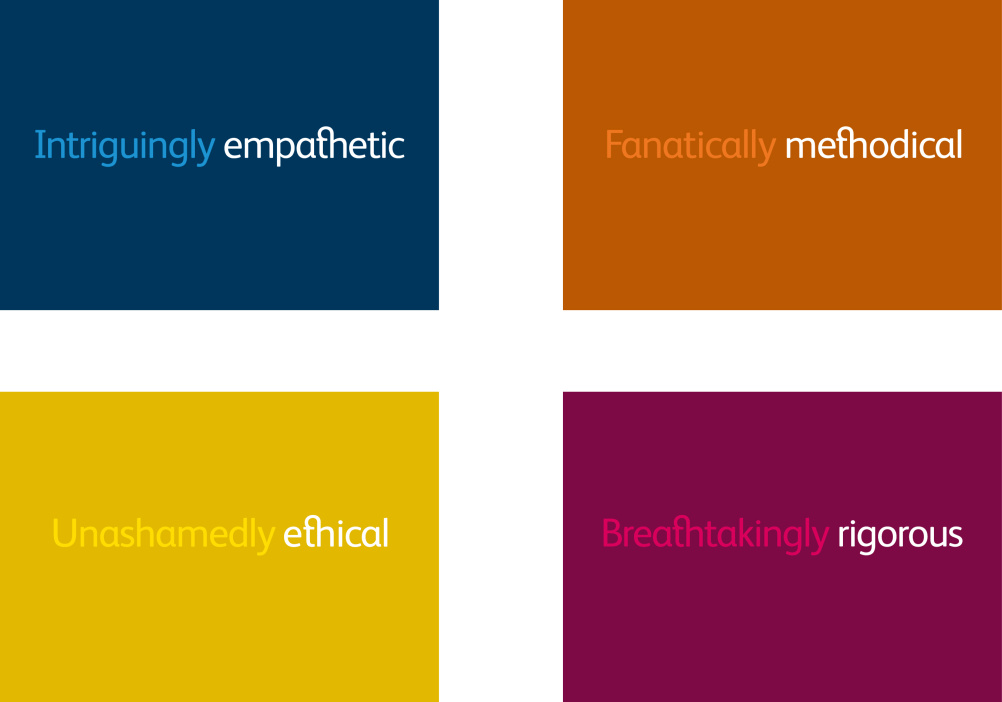 The look is based on Lynham’s tone of voice work, and his interviews with the accountants, who he found to be ‘numbers boffins…inclined to communicate in accountant speak’. 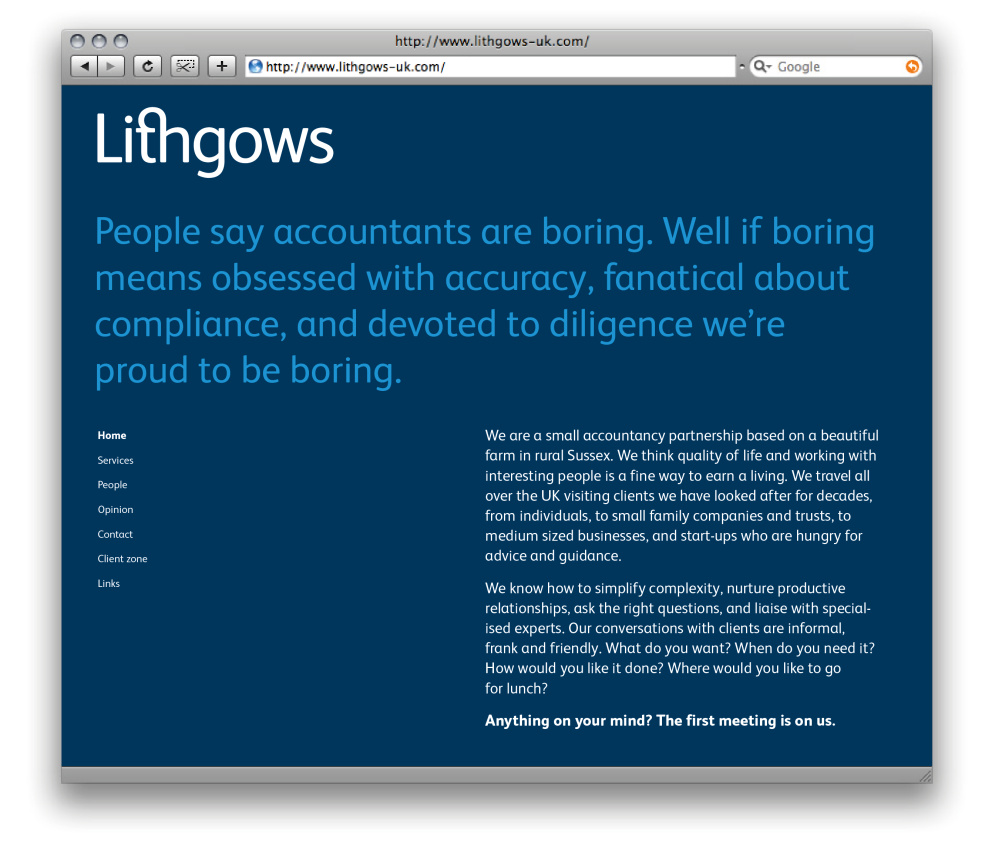 Lynham says, ‘They say they’re “proud to be boring” because it draws attention to their obsession with accuracy, compliance, and attention to detail.

‘We jumped on that idea, turned it into their proposition, and established a tone of voice that is warm and conversational – with a twist.’ 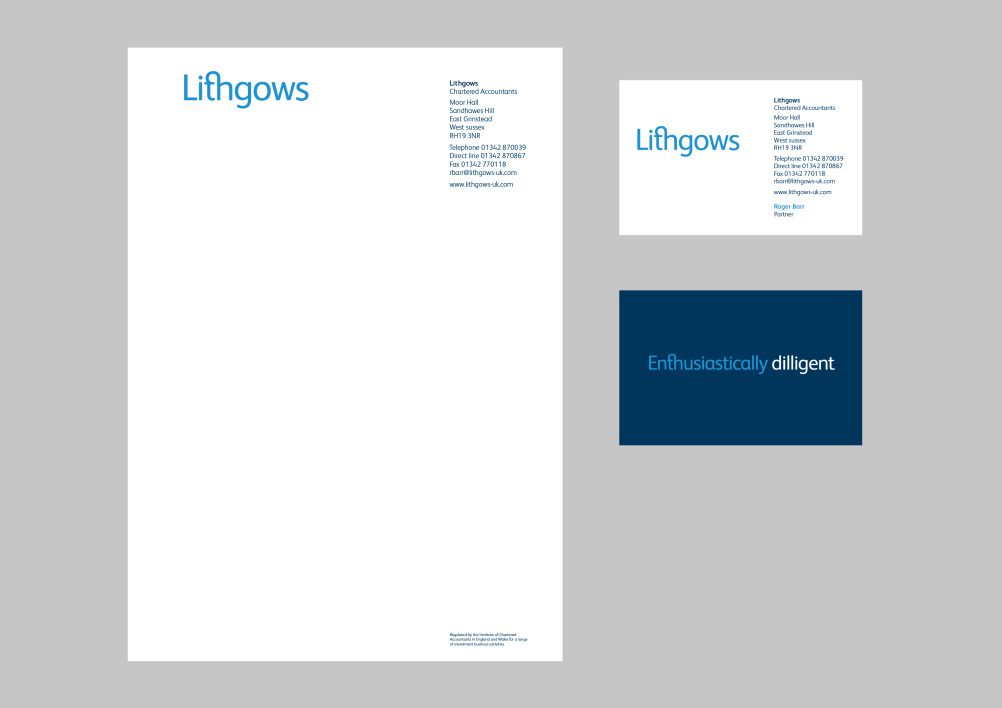 The identity is expected to launch in the next few weeks, a website is being designed and built and printed materials are being produced.

A smartphone-controlled coffee house, from Briggo and Fuseproject