The exhibition will run for six months (the length of the first Football League season) and look at the development of the league from 1888 to 2013, as well as telling the stories of key football characters.

The exhibition, which opens next month, is arranged chronologically along a central timeline span. This will highlight significant events in the league, such as the introduction of crossbars, the first rules and the split of the Premier League.

Mather & Co project designer Paul Lee says, ‘It will chart the highs and lows of the clubs, players, managers and fans.’

Interspersed in the exhibition will be five zones highlighting significant personalities from the Football Leagues history.

League founder William McGregor, Arsenal manager Herbert Chapman and players Stanley Matthews and George Best will all be put under the microscope, with the fifth zone devoted to the fans. 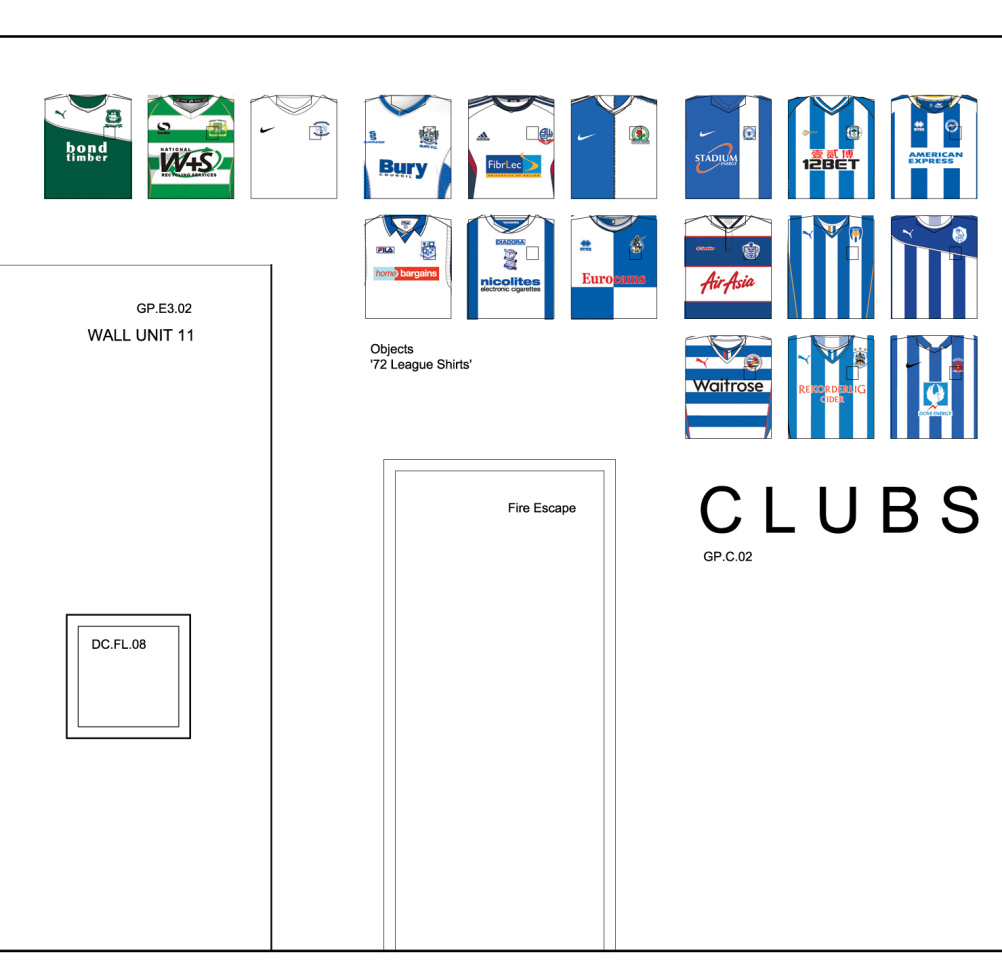 Signed club shirts will be sent in for the exhibition

Mather & Co was appointed to the work by the Football League and National Football Museum in April, following a tender process.

The consultancy has previously worked on interiors for the National Football Museum, which opened in Manchester last year.

The Football League exhibition previews on 19 September and runs for six months.

Inside Design with Pearson Lloyd