The designer’s signature chevron pattern has been adapted for the branding, which  will be shown across all materials including event graphics, outdoor hoardings, lanyards, the LFW book and all other printed collateral. 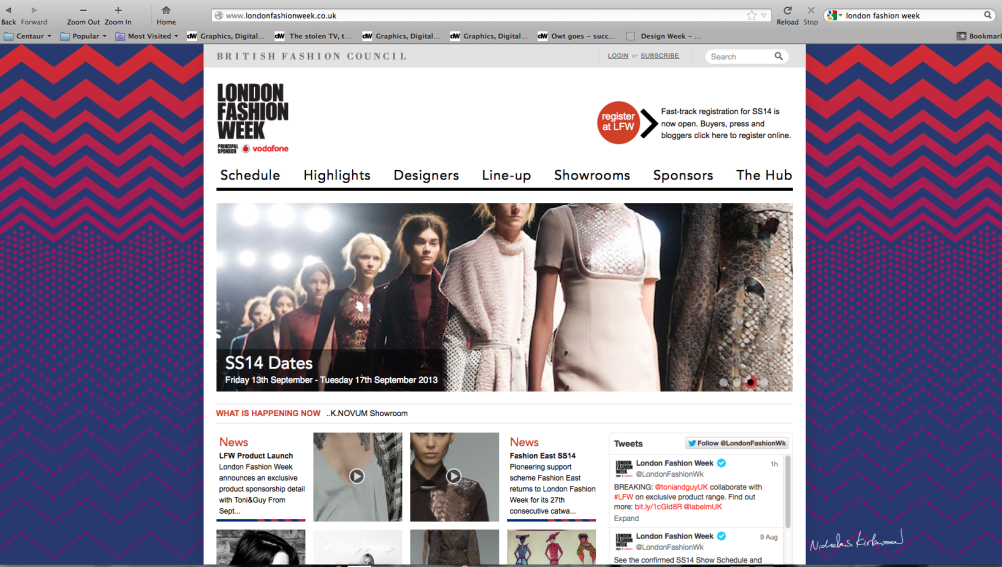 The design for the central courtyard at Somerset House will feature an interactive and reflective site-specific, element according to the British Fashion Council.

Music’s campaign for the September 2012’s LFW used patterns by designer Jonathan Saunders; as the autumn event’s materials always feature the winner of the BFC’s award for emerging designers; while the February event each year uses designs by the winner of the BFC award given to an established designer.

Caroline Rush, British Fashion Council chief executive, says, ‘It’s wonderful to be able to collaborate with designers on the London Fashion Week creative – it brings a personal element and a new, exciting dimension to each season.