Last summer, post-Olympics, I wrote an article reflecting on how the design work that contributed to making London 2012 such a success had been undersung. However it’s my impression, looking back now, that over the last year design in many forms has indeed been brought a little closer to the mainstream. Witness the recent BBC documentary about Zaha Hadid – a name that surely few people outside of the architecture world would have known pre-2012. I think increased public awareness of British design talent must be one of 2012’s most interesting legacies.

The legacy of last summer’s bread and circuses was the stunning effect of the Paralympics on an unsuspecting populace.  What most people thought would be a gentle sequel turned out to have more drama, thrills and spectacle than the main event .  And C4’s ‘Meet the Superhumans’  ads were superb, still provoking emotion in the D&AD Black Pencil jury eight months later.  The Games made a huge contribution to helping us all adjust our mindset and see the differently-abled in a whole new light.

Last year’s golden summer gave the UK a reason to be proud; in design terms we achieved Olympic records across the board from architecture to animation, millinery to medal design. At the time we had to be content to celebrate the collective success of the many designers involved, but with the lifting of the marketing ban all our talented designers can now get the recognition they deserve – to this end we celebrated with 500 designers earlier this month. Our design industry is the envy of the world and I hope that initiatives such as our Beyond 2012 digital archive both increase investment and inspire a generation of young designers to aim for gold! That for me would be a worthy design legacy.

Prior to the Olympics, the received opinion was that the logo was an atrocity, and history would look back, cringing. And then, about 20 minutes into the opening ceremony, that all changed. The Olympics were brilliant! People started to see how the brand was implemented – and it was pretty good. So the design legacy, from a brand perspective, should be: Having faith, and implementing consistency with confidence can work even in the face of 100% negativity. The mascots, however, were a total travesty. 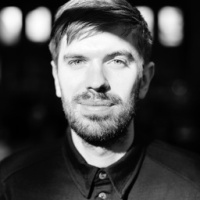 London 2012 championed two things for me: Simplicity and inclusivity. The first was an approval that we didn’t need massive budgets to get a great outcome. It proved stuff could be done really well on a budget, if it had the right attitude. A shift from spending money on cool and expensive effects to simple and clever ideas, which were well executed. The second, inclusivity, shows in our business of cycling where we have seen a culture change, which is due to the success of events like the Women’s Road Race where huge numbers stood in the rain to watch great racing. Overnight it changed how women were viewed in cycling and for a cycle clothing brand has massively redefined how people viewed the women’s range we were developing.