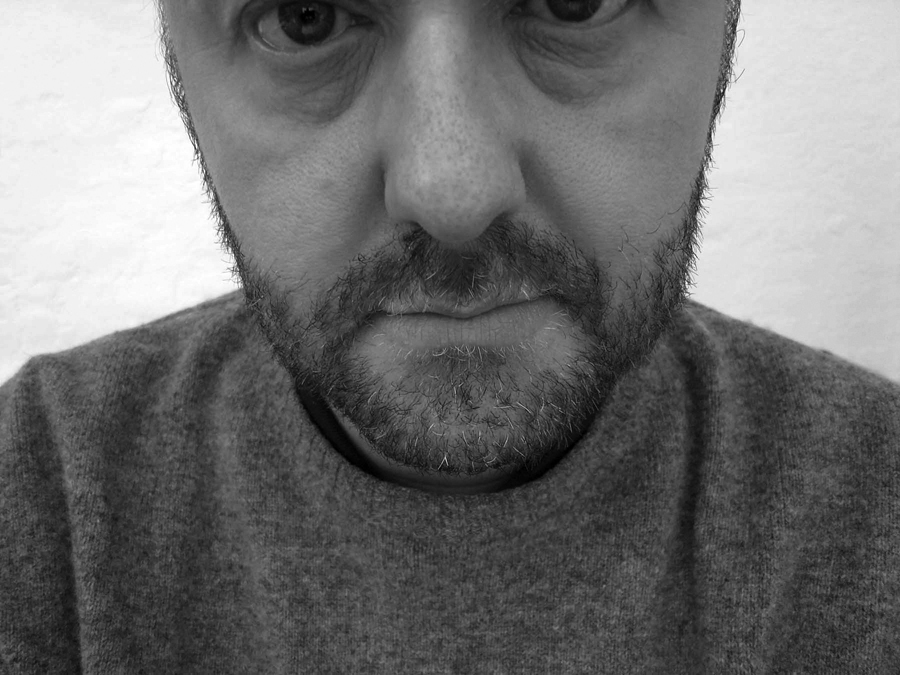 After my year’s foundation course in Scarborough, it was the one thing that clicked for me. My art teacher at secondary school had introduced me to graphics. He also lent me a Rotring pen which sold it for me!

Aside from working on the pig farm that my dad was the manager of I did a few summers during my college years working for Clapham Marquees of Bedale. It was a very tough job, I was the token ‘student’ with funny hair and dress sense. We would go around the country (mainly in Yorkshire) to big county fairs putting up the big tents (ones with dance floors were particularly a bitch). Sometimes we would get to stay overnight in the tents on bigger jobs. It wasn’t very glamorous but it was fun.

Apart from the computer (which I for one am very glad I practiced design pre-computer) I think it’s the role of the graphic designer within a project. I think we are doing more than just designing from a brief. Nowadays we are involved in setting the brief (to a degree), involved in naming, sometimes a bit of strategy.

(Disclaimer for all our clients) I have a lot more than one! But a few spring to mind, one was Not For Commercial Use, a self-initiated project we did with Generation Press. It was a lot of fun, and we worked with some amazing people, which really made the project. Another is the exhibition graphics for Sustainable Futures at The Design Museum. It was an incredibly short turnaround project that was very stressful, but it turned out really well. The client (curators Nina Due and Margaret Cubbage) were particularly brilliant, it was a real team effort.

I really enjoyed Eskenazi’s identity for Barcelona pel Medi Ambient (Barcelona’s environmental department). It’s simple, bold and effective. Not only for the solution, but a brave choice by the client. Love it.

Actual: When I was working for Trevor Jackson (my first job out of college) we were doing the sleeve for The Stereo MCs second album Supernatural. This was pre-computer (1990), so we got the type for the sleeve typeset on bromide, this was then pasted down on to board and marked up for colour. Trevor had decided that he wanted the text on the back cover to be changed from either right to left justified (or vice versa I can’t remember). We didn’t have time to get the block re-typeset so he asked me to manually change it. This meant I had to slice the type under each line and move it over to the opposite side. We then sent the artwork off to Island Records for repro, only to get a very irate call from the art department saying that the type wasn’t straight. I in turn got a bollocking from Trevor. For a designer not more than a few months out of college it was terrifying.

Career: Not paying enough attention to the business side of design.

To keep working in some capacity within design into old age.

Nicky Place, my wife and business partner. She is incredibly creative, amazingly good with people and has a really interesting outlook on life.

AGI Open – mingle with the leading lights of design