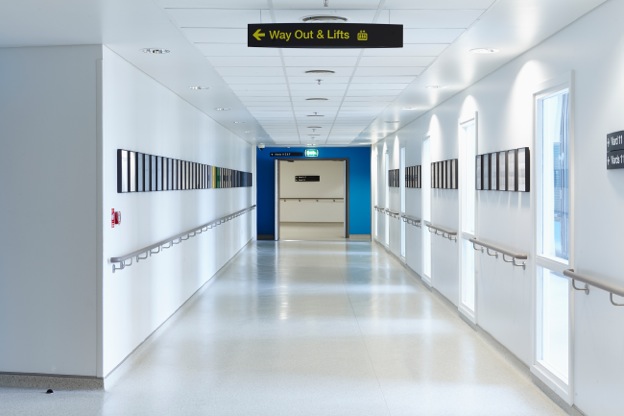 Liversidge’s work sees him create proposals for exhibitions that range from the simple to the impossible.

He starts by typing proposals on A4 using an old typewriter. Some of these proposals can become reality, while some remain on paper. 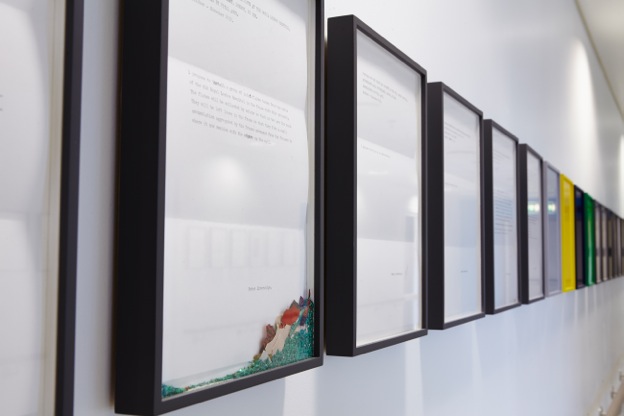 For the Royal London Hospital, Liversidge has created an installation running down an entire corridor, a mixture of text, sculpture and found objects.

Some have been developed, such as the use of differently coloured frames, while others remain as framed crumpled pieces of A4 paper.

Vital Arts says, ‘The installation will give patients and staff an opportunity to reflect, read and absorb a whole range of new ideas for the possibilities of transforming the hospital space.’ 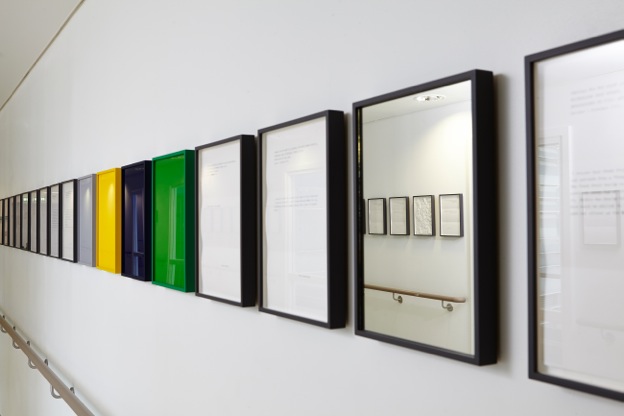